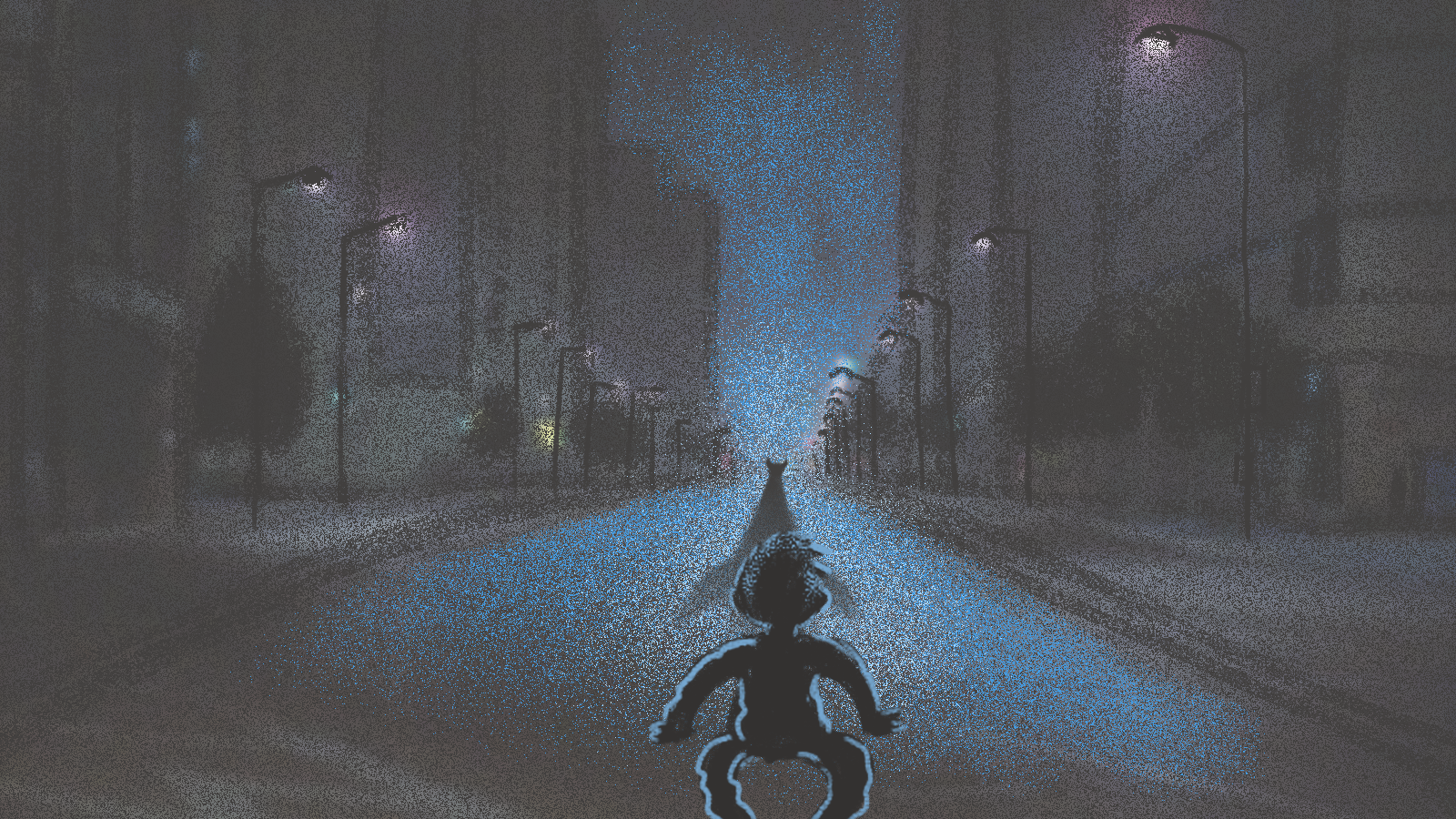 For this weekly report, I started with an in-class premise:

When a person walks down the street, the street light is flickering and creates an atmosphere of horror. (Chun-Yu Chen)

It's about facing one's fear, which light helps in rendering the antagonist's terrible energy.

- A person appears on the street, which projects a huge and long shadow on the ground and the protagonist.

- Protagonist is shaking under this coming shadow.

- Here protagonist can choose a different range of anger.

- Conversely, the protagonist does not dare to face the person, who might become a giant one.

This character drawing sequence examines the idea of how variant light sources help us to see the character in an environment. By using artificial light, for instance, flickering street light and subjectively projected light on a cold deserted street, I am able to show the gloomy atmosphere mise-en-scene and the suspicious antagonist the protagonist might need to face.  This work is similar to the manga-adapted film Gantz:0(1), which exploited artificial light in a science fiction background. By examining Dynamic Lighting for Tension in Games, I reflected that lighting can manipulate the player's tension. Similar treatment also exists in Stanley Kubrick's colorful films, who added a layer of sin and guilt to blue. Thinking through this, I decided to install the blur street light in this interactive game and they flicker as the antagonist appears each time. In Contrast, warm-colored lighting on the protagonist while the player makes a defense decision, otherwise the player might be illuminated in a blue tone while losing courage. 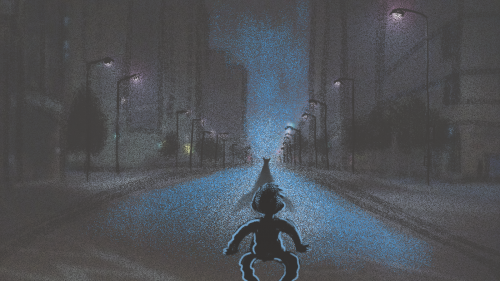