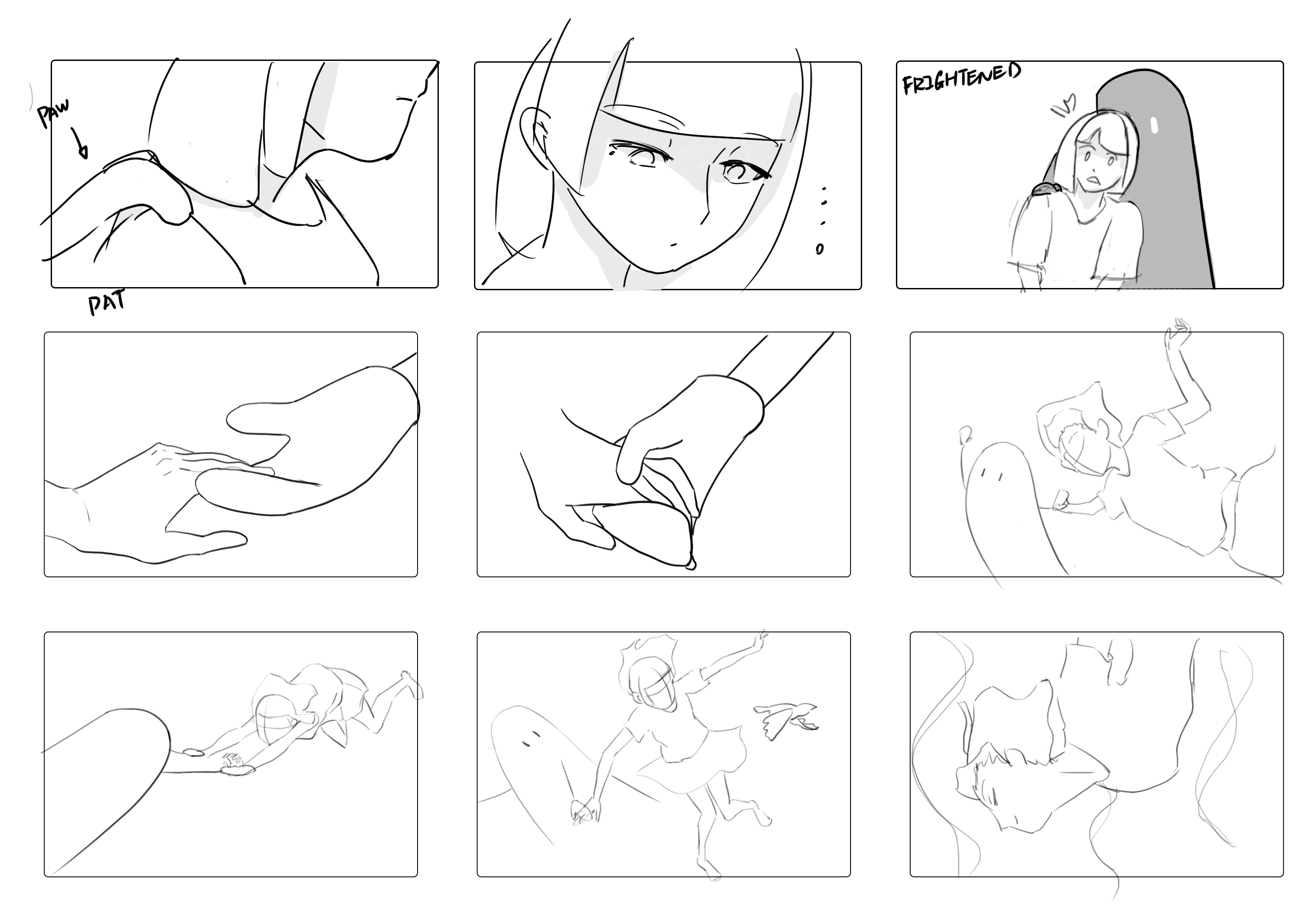 This week we are asked to examine the idea of interactive form. The premise that I contributed to the channel was ‘People will automatically summon a genie when they feel lonely, and it will take you to do things that normal human can't do and become your friend.’

This is the interaction between humans and non-realistic beings. Here are some points that I am going to figure out:

There is a kind of genie, they can sense the loneliness of humans. In the noisy crowd, there is only one girl, sitting alone in the corner, no friends to talk to her, nor play with her. 'If I had a friend…', the girl wished silently in her heart. The genie heard her wish and manifested itself, appearing behind the girl. The girl was startled, but then stunned by what happened. The genie took her hand, jumped, and actually floated in the air and flew up. When they returned to land, the genie led the girl to a group of strangers, it pushed the girl into the crowd, 'You should meet more people, have more friends,' said the genie. Then, the genie disappeared.

This narrative is not only the interaction and friendship between the girl and the genie, it finally wants to express that to get something you have to make an effort, take steps and go for it yourself.

As a reference work for this topic, I want to introduce an animation film called ‘weathering with you’ made by Makoto Shinkai

In the film, a young bright and strong-willed girl named Hina Amano, she possesses a strange and wonderful ability: the power to stop the rain and clear the sky. Here is about the girl's interaction with nature, using prayer to change the weather. The film has a larger framework than just a romantic love story that tells part of the story. Behind the interaction with weather, it indicates that we have already lost the sense of balance that our ancestors had with our environment. 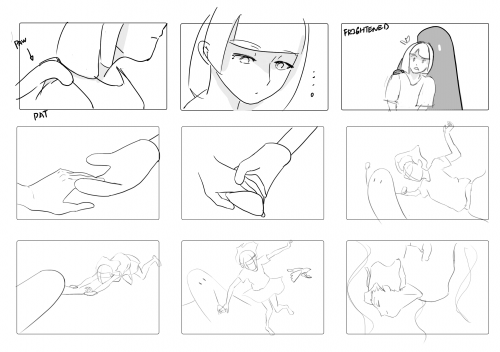