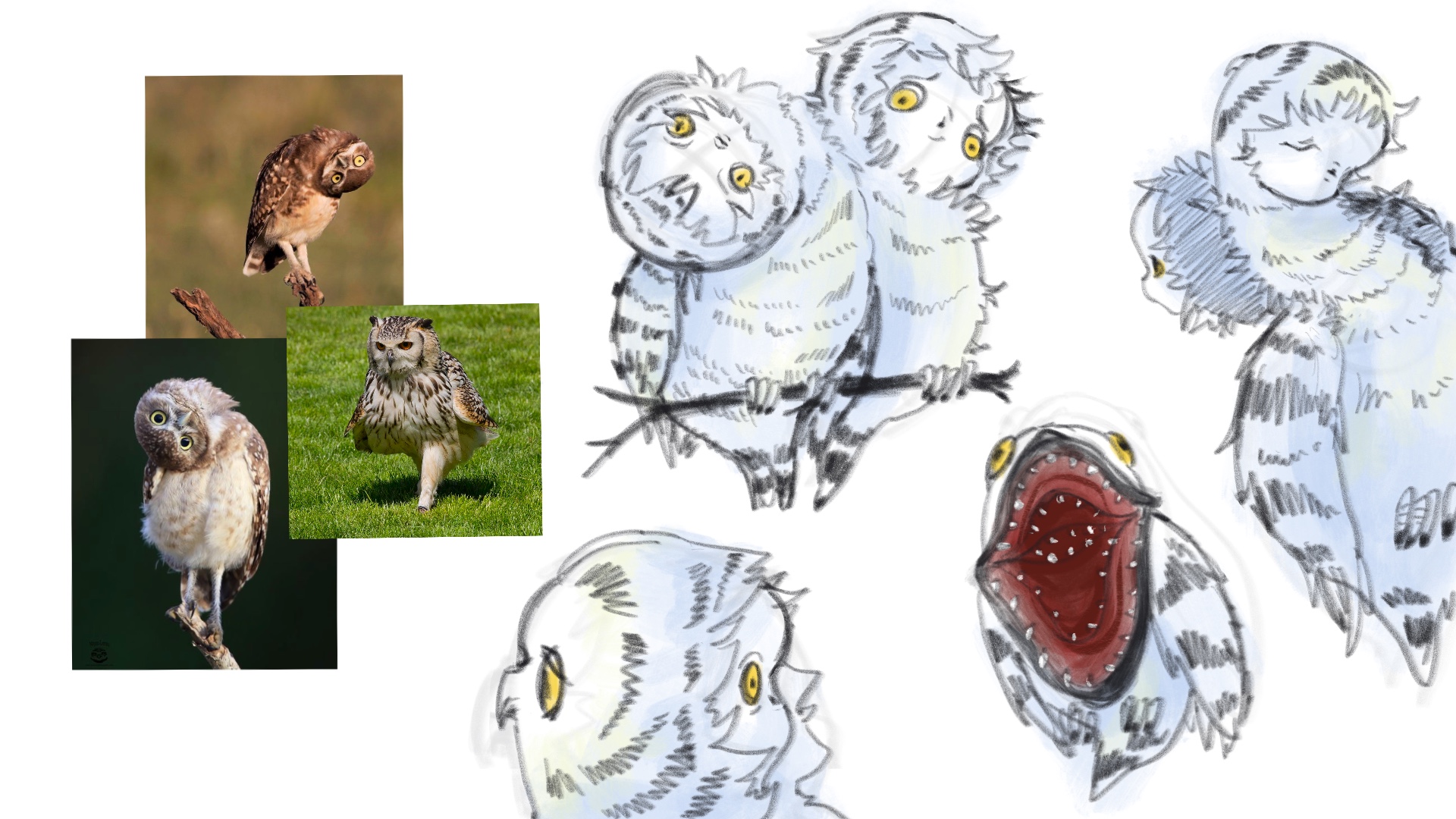 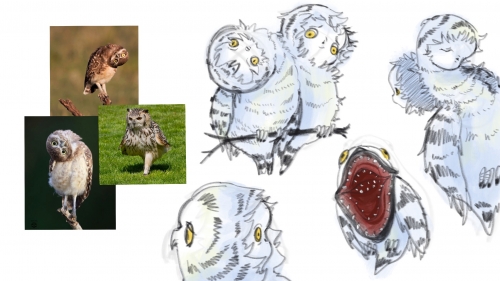 In this week's work, we explored: sound and concept development. This week we looked more deeply into the role of sound in the story, which often drives the plot and provides the atmosphere for the story.

This week, my story creation focuses on the harmony between sound effects and characters. The twins stool in the shadow of a moonlit night, whispering and cooing like owls. In the story, I describe some sound effects to increase the suspense of the story and add suspense and turning points to the story. In my story, there are two different groups of characters, one is a monster child, and the other is a romantic couple. At the same time, I created the monster images in the story and found suitable background music for them.

This is my story:

The streets are dark on winter nights, and the park is silent except for the occasional passing car.

In the dark corner of the wood, there were two pairs of eyes

They were cooing and whispering, as if they were discussing something

Goo Goo, as this is the owl

The sound kept coming out of the woods, as if trying to attract something

There was a sound of footsteps in the park, a couple, laughing in the distance

They are slowly approaching here

The pattering of footsteps reached the path in front of the trees, and the lovers realized what was going on. They stared at the red eyes.

The woman asked the man, is it an owl?

The man hesitated for a moment, yes I thought, but do owls have red eyes?

The woman laughed and said, perhaps it is, we have never seen an owl at night

They walked slowly toward the sound, which rustled in the grass.

As they got closer, the moonlight began to shift, and with it they heaved a sigh of relief. It was two owls

But suddenly the owl turned and there were two pale, identical faces of children.

The children opened their mouths wide, gurgled, and the two men were instantly swallowed

A pair of identical children clambered out of the owl's body and looked at the panicked, twisted faces of the couple behind it.

The two children looked at each other. "We can finally go home, Willem," said one of the children. "Mother made dinner. The other nodded.

The lovers watched the two children walking away in the distance and continued to struggle with twisted expressions.

My inspiration comes from the animation Farce (https://vimeo.com/695637565), Mikrofilm AS uses sound effects and different styles of background music to set off the ups and downs of the story. From the relaxed and happy at the beginning to the nervous chase and escape, the author has been continuously interspersed with these two types of music in the animation. Under the strong contrast of music, the tense plot part is more tense.

Therefore, I also try to find two different pieces of background music to express the atmosphere of the two groups of characters in different situation.