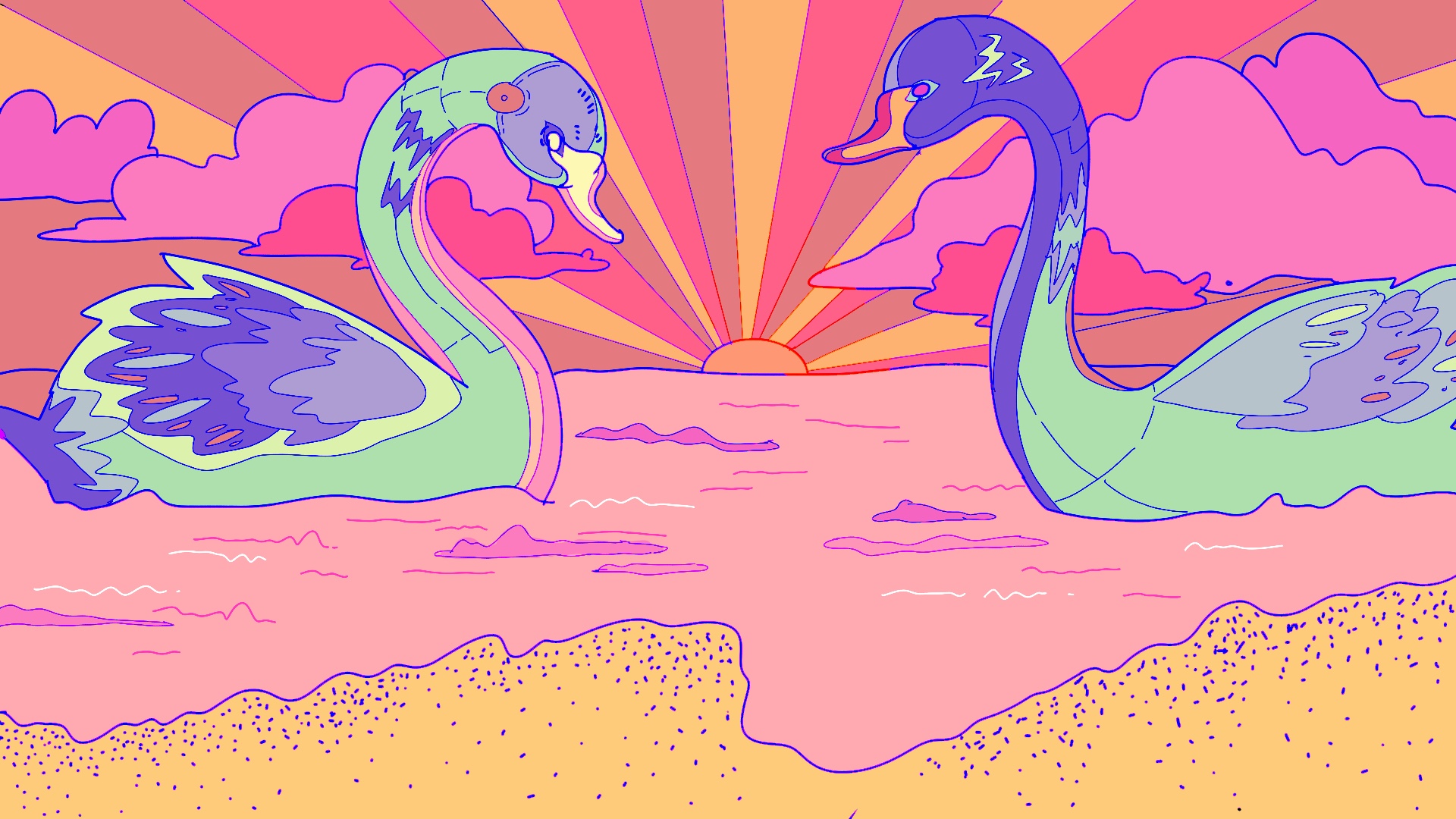 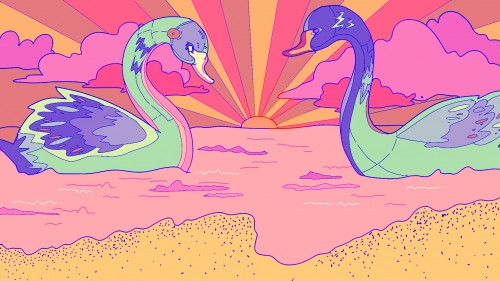 This week we reviewed all the elements we have explored this term, including light, characters, time, dialogue and more.

This week I chose the premise: The evening ocean is coloured red by the sky, and in the distance there is the sound of heavy footsteps as huge swans slowly descend into the water. I drew the character designs for this premise. In the red evening, metallic swans appear on the sea. I also created the story points for this premise.

I was inspired by the science fiction documentary Prehistoric Planet, in which humans recreate dinosaurs in the real world by modelling them, which look real and have feelings, they have different personalities. It's a conjecture about the past, just like the robots in my story are a conjecture about creatures from the past. The stories all involve elements of character design and time.