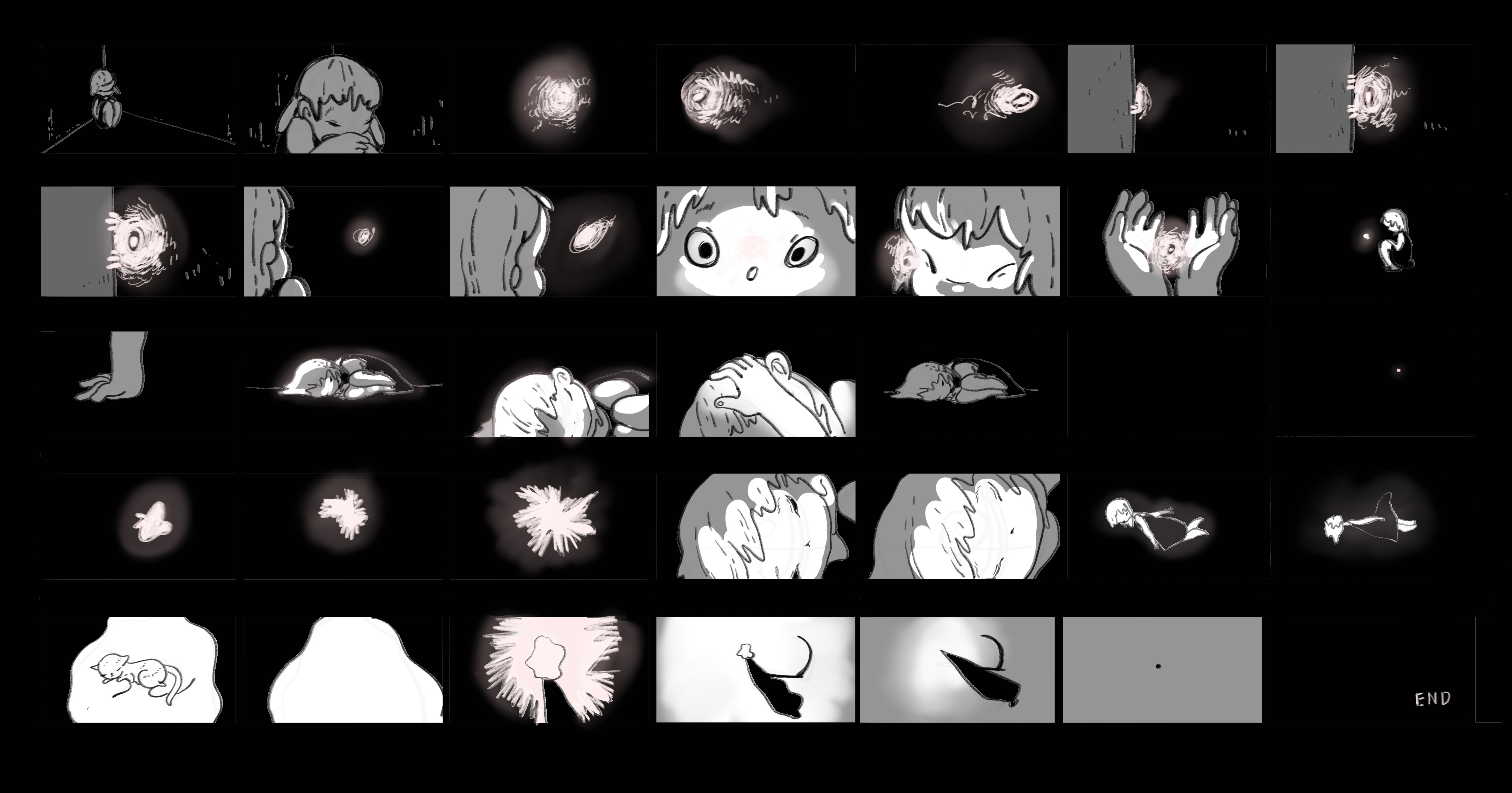 This week, we learned about the importance of light in storytelling. Light is persuasive, mutable and changeable. Light can be used to reveal or obscure narrative information in linear or interactive works. Light can be use to project a character's internal world.

This week I chose this premise: For a long time she watched a light which moved and played, until suddenly it stole upon her and lifted her into the air. In this story, light is the main character. I move the story forward through the changes in light.

I have used light as one of the main characters in this story. I have also used light to convey atmosphere; the light in the darkness gives a warmth. The light also expresses the inner world of the protagonist. In the real world of hunger and cold, there is no light. Death appears, instead, like light, taking it away from the pain.

A similar work is the anime Best Friend, released by GOBELINS pro in '18, in which the light expresses a warm atmosphere, in contrast to the loneliness of reality. Likewise, the light represents the inner world of the protagonist and the world of fantasy. Similarly to my story, the protagonist also walks forever into another world.