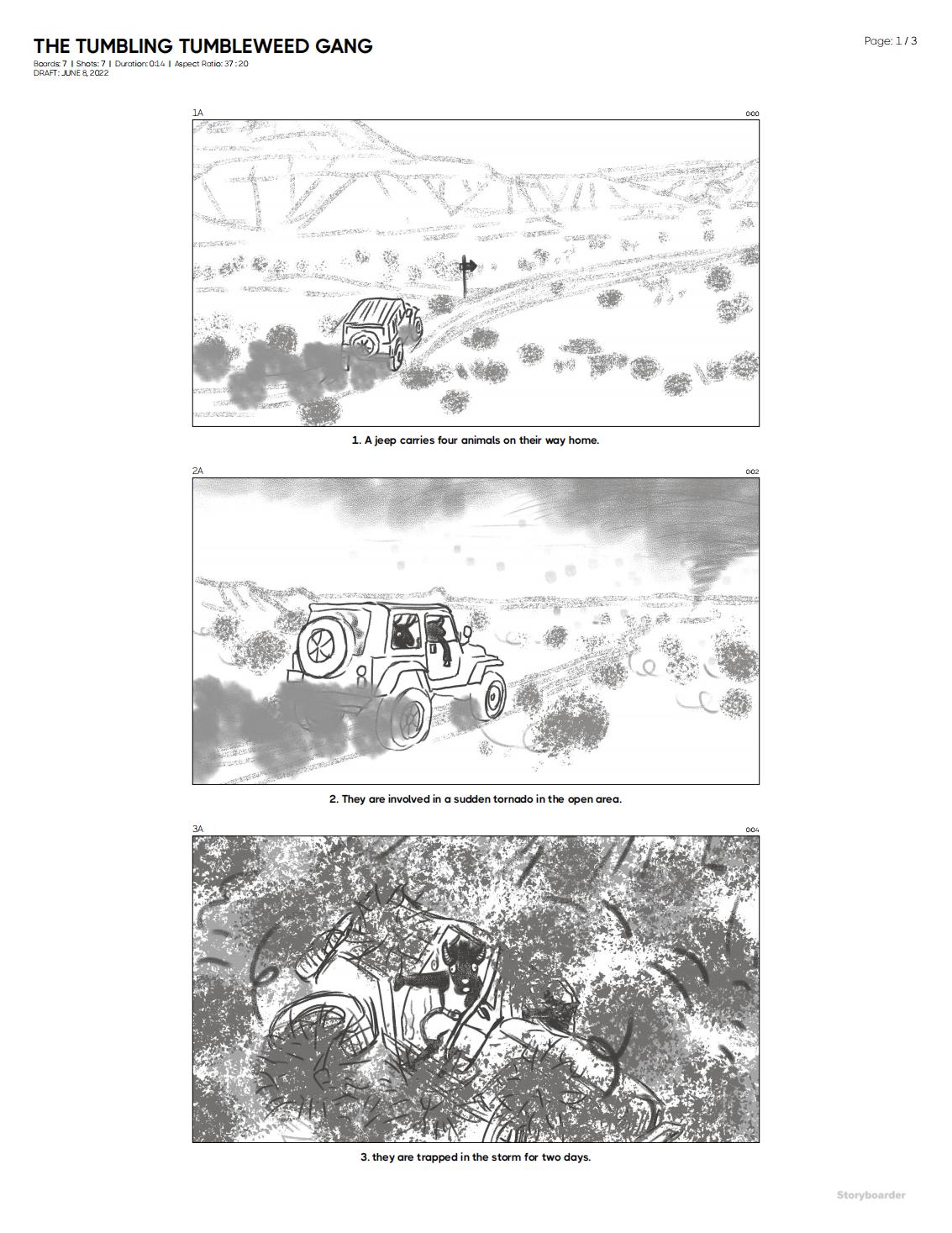 For this weekly report I started with an in-class premise:

The tumbling tumbleweed gang is already crossing No 56 road and nearly arriving at the next village along the lake. Will they start the invasion before sun-rise?

These storyboard thumbnails examine the idea of the weekly premise related to Movement. By playing with camera-to-subject relationships, I am able to show how the movement variables reinforce building the hierarchy of knowledge for the audience. This work is similar to the work of Coward Robert Ford, whose film The Assassination of Jesse James by the Coward Robert Ford (1) with a slow push-in camera, gives a brief biography of the characters to the audience.  By examining Susan and Kate's advice in class, I reflected that any story should be framed by big ideas, which can leverage the depth of the characters' behavior and make them more believable. Thinking through this, I added bullet points such as the tumbling tumbleweeds determined to suck the villagers' stored water for survival. This replacement ending also provided the thought of prevention of environmental degeneration.

Reference:(1) The Assassination of Jesse James by the Coward Robert Ford. 2007. [film] Directed by A. Dominik. 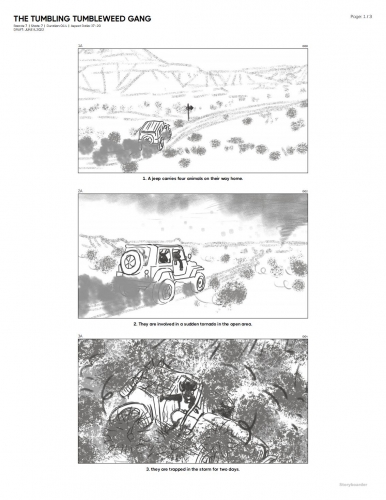 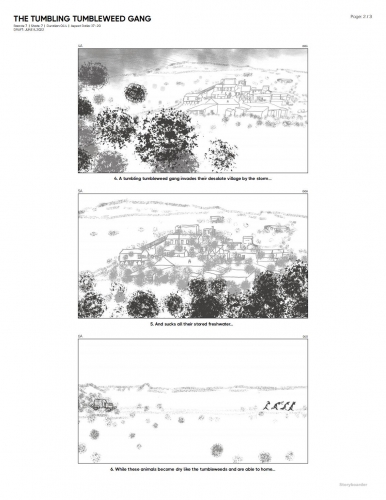 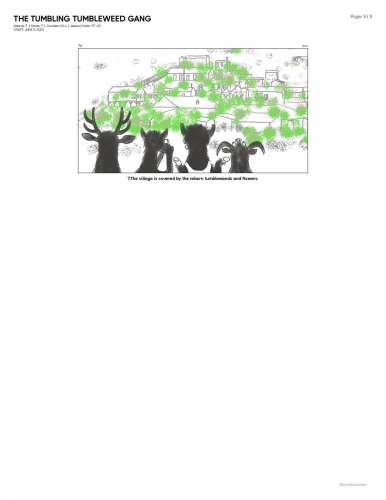