I have consulted both Matt and Uyen about my animatic during week 5. They both provided me with more feedback to work on. One particular thing that Uyen mentioned in the consultation is really useful. She suggested me to make it clearer that which character is which and I should really work more on the design of the flower so that it could portray the hidden characteristic of the Flower island more properly. I then redesigned the flower on top of the character so that it looks beautiful from the outside but spiky in the inside. Another thing Matt mentioned in his consultation is important too. He said that the delivery of the coconut could be clearer so that the audience won't be confused about why is there a coconut falling into the dark.

I tried my best to redesign the visuals of certain parts so that they could convey my idea more clearly. By doing so, I produced the 4th version of my animatic.

Besides working on animatic this week, I also finished modelling and rigging the character, Island B (Flower Island). I think I will add more rigging bones if I need more controllers when animating. But for now, the character is capable of moving around with the eye and mouth rig functioning.

In addition to that, I have done a few shot mockups to try out desire composition and lighting. They are not perfect yet and still need adjustment. However, they will become some sort of reference for me when I am in the production stage.

I will start working on some animation that I know for certain won't be adjusted anymore. I will also still adjust certain parts of my animatic until they are perfect. In the meantime, I will try to brainstorm ideas for visuals that will go into the background of each shot. 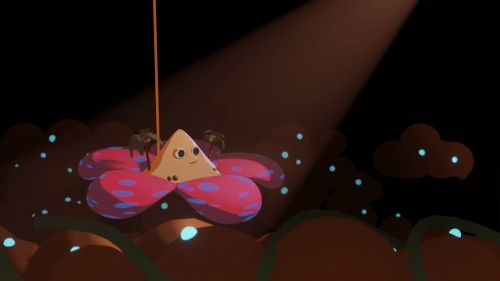 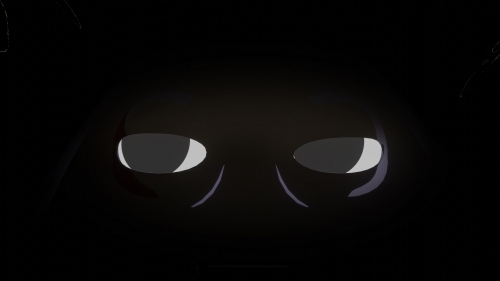 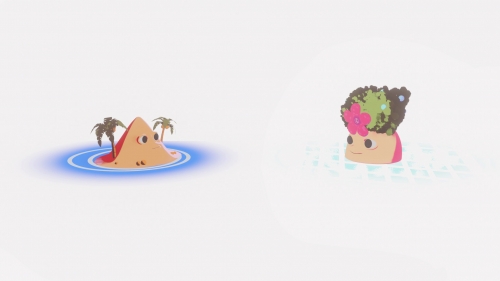 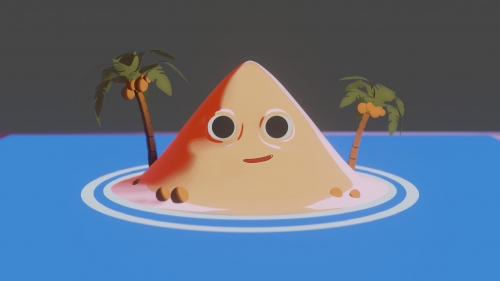 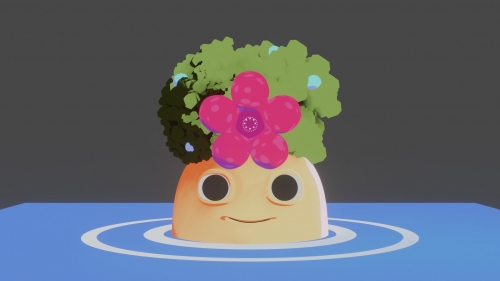 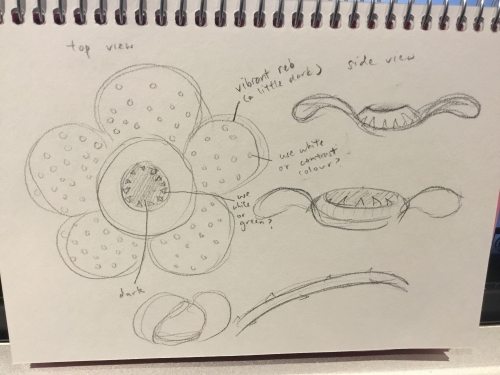 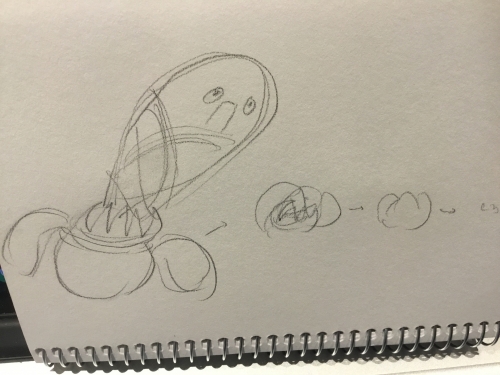 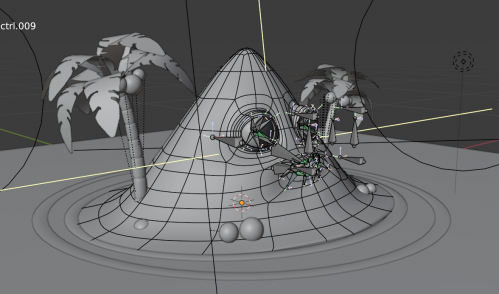 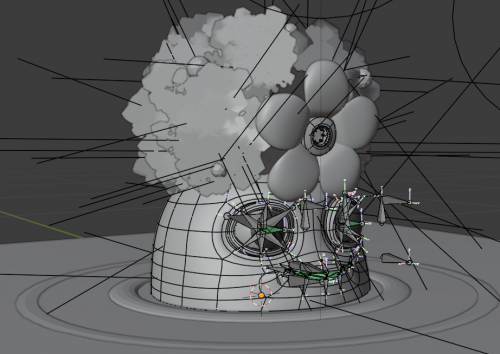