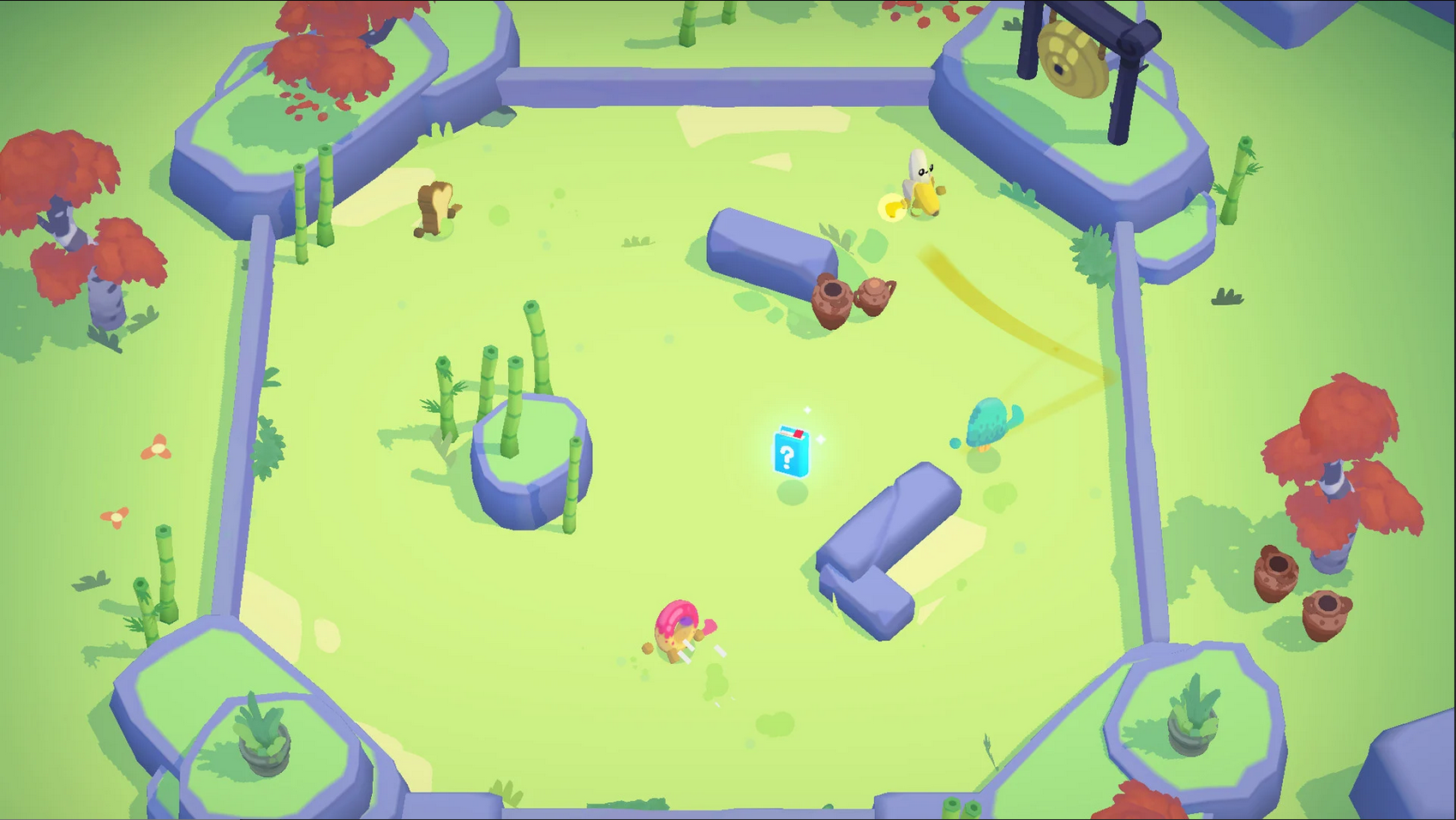 - How can simple-randomized control blockers be used to support replayability in couch party games, that allow users to network and create a sense of community?

- How does simple-randomized environment design in couch party games help users to strategize themselves to aid or work against each other?

- I want to experiment with making a map design where it creates randomness in gameplay with obstacles on the map and control blockers.

- This work has been done in many video games and they are:

One of my friend’s undergraduate games is called Cosmic Chaos. He takes the idea of a couch party and implements it in his game.

- The art style I want to follow is from the game Boomerang Fu, a simple cartoony style which can be easily implemented through shaders in Unity. I could also go with adding an outline to it so it's similar to the Borderlands game.

- I will research and focus on the design side of my studio 1 project and make it aesthetically appealing. Finding diff theme inspiration from other video games.

- Mini-games. Already have 2 game modes completed. I want to add one more and rework one of the game modes (hot potato) to have more replayability.

- The tools I will use to create this project are Unity (Cinemachine, Scripting, Post-Processing), Blender for 3D modelling, Project Management Tool (Trello, Asana), Photoshop/Gimp or Substance Painter (if needed)

- Week 2: Project planning with planning for the 6 weeks. Environment and lighting moodboards.

- Week 4: Tinkering with a new toon shader from the asset store. Colour palette moodboard. Music and SFX moodboard and lists.

- At least one level with the environment model greyboxed and lighting. To showcase how the game aesthetic will feel.

- Have placeholder SFX audio and BG music for at least one level. 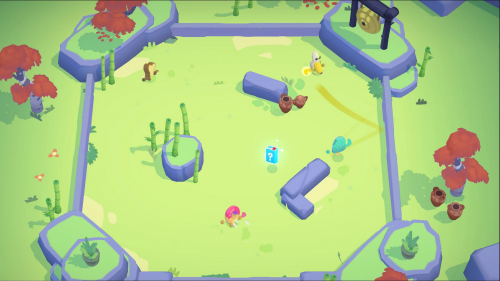 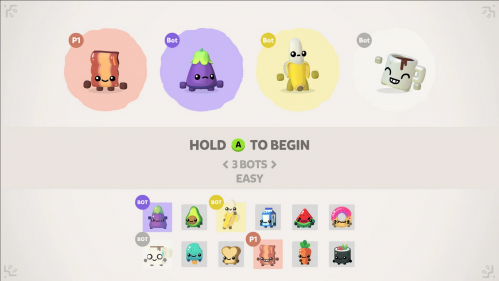 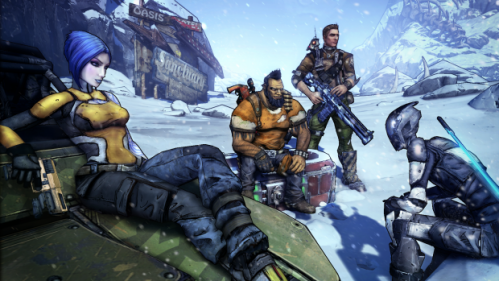 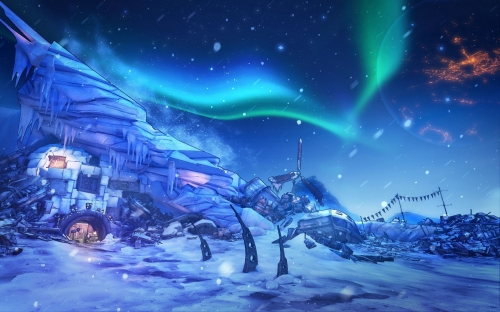