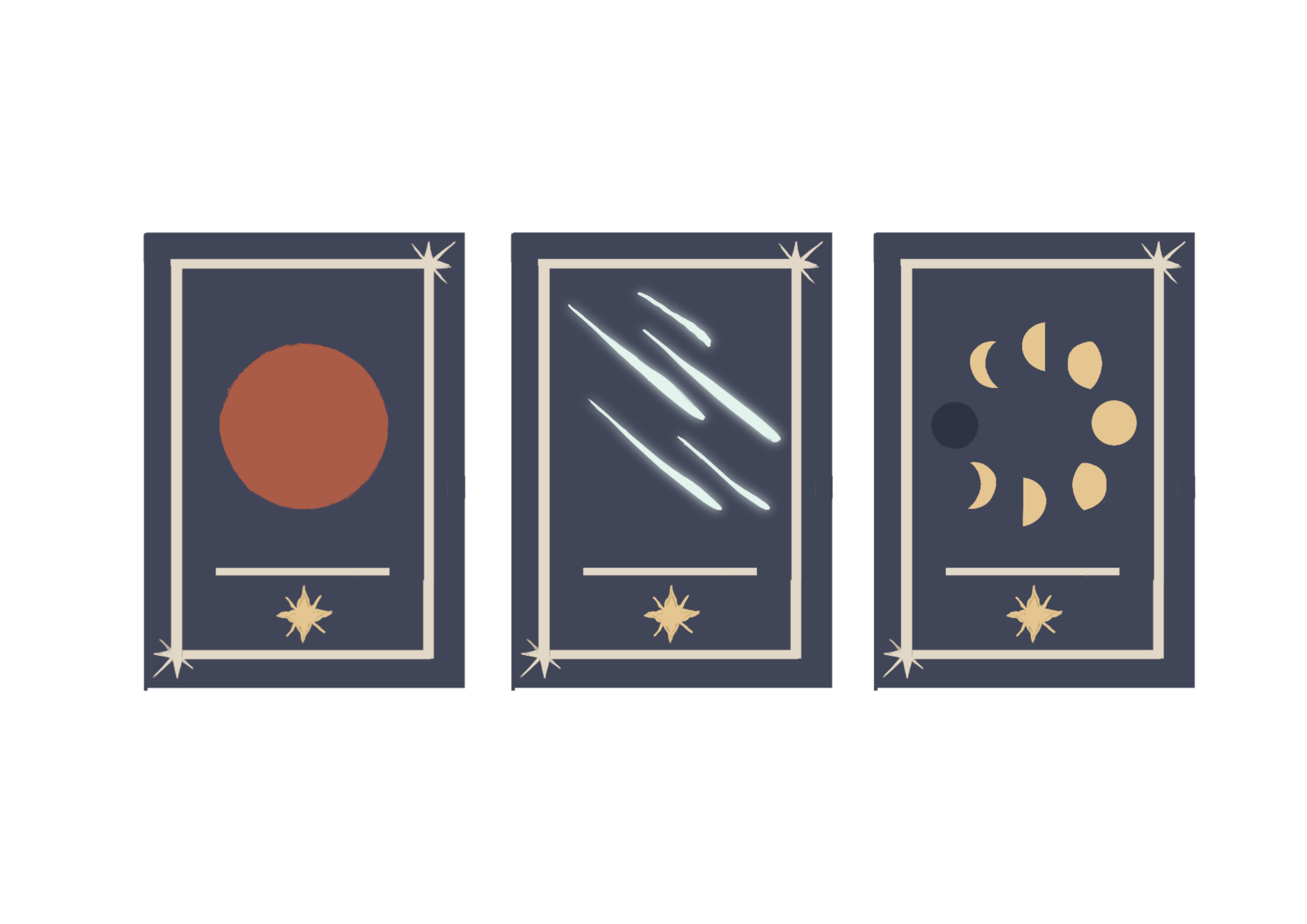 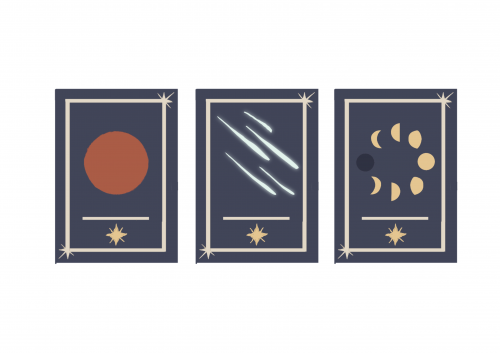 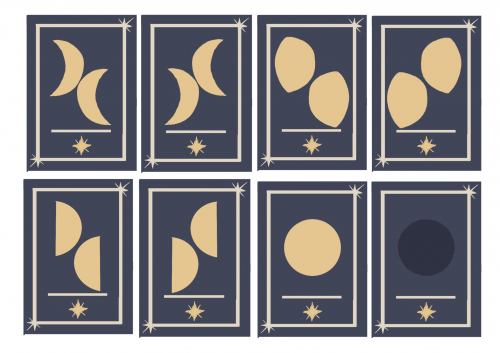 Context: this week’s theme was time and following the end of the lecture and Matt’s mention of loops all I could think of was animation loops, but I wanted to go out of my comfort zone and started thinking of other loops that also are related to time. I decided to go with the moon’s phases seeing how the completion of one loop denotes that a month has passed for those who follow a lunar calendar like the Hijri (Islamic) calendar, the Hebrew calendar, the Chinese calendar and more.

The next step was figuring out how play could come into play, and as I was looking at past students’ work like Helen Kwok and Amber’s presentation from last week, I really liked the idea of creating a physical game and thought a card game similar to Uno would work.

Method: I created a card game with 52 cards total so there would be a total of 5 cycles plus some trick cards.

Seeing as it’s a card game, the main objective is to seat more than two people and the cards can only be put down in the order of the moon cycle, the player wins either by putting down all the cards or if they happen to have a complete moon cycle in their hand.

I included the following trick cards:

I printed out some prototypes and put it to the test with my brother since he was the only one available at the time and the general conclusion was that it was fun, however maybe better suited for a younger age group. We also didn’t really have the moon phases memorized so we had to have a chart open in front of us. I’m looking forward to playing it again with more people.