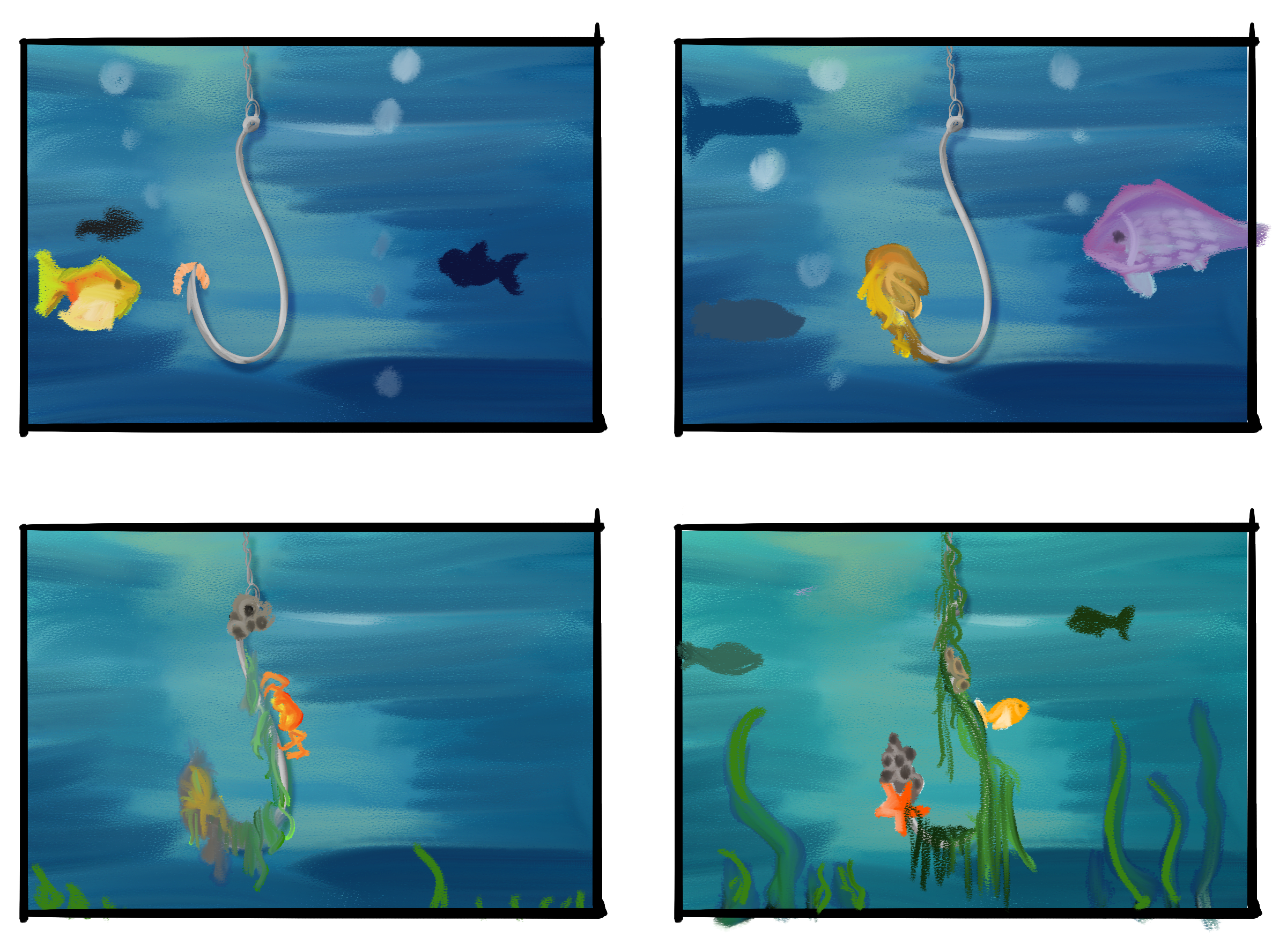 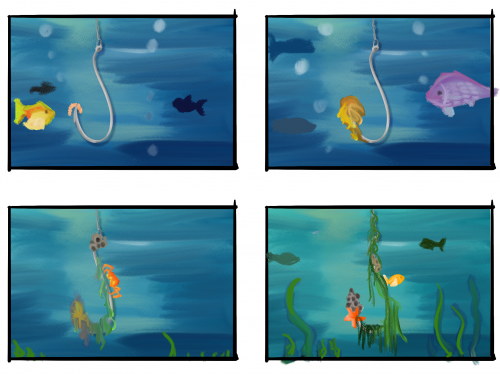 For this weeks theme of Object Oriened Ontology, I decided to create a story board of four panels, about how a fishing hook changes over time in the absense of humans.

The inspiration for this piece comes from the episode 'Hooky' (original air date 2000) from the cartoon Spongebob Squarepants, created by Stephen Hillenburg. In this particular episode the characters encounter a hook, which becomes a humorous look at what is usually a macabre event for sea life.

I thought of using a similar scenario, of a fishing line and hook, existing under water sans human, and drawing some storyboards of how it becomes integrated into underwater life, sea animals and plants growing into it and the passage of time - changing what is deadly within human context, into part of the environment. I used four panels each with more of a change of the hook, becoming just another object in the sea, taken by the sea weeds and barnacles. I also specifically wanted to use an oil brush, to create an organic feeling, as humans are non existant in this frame of mind.