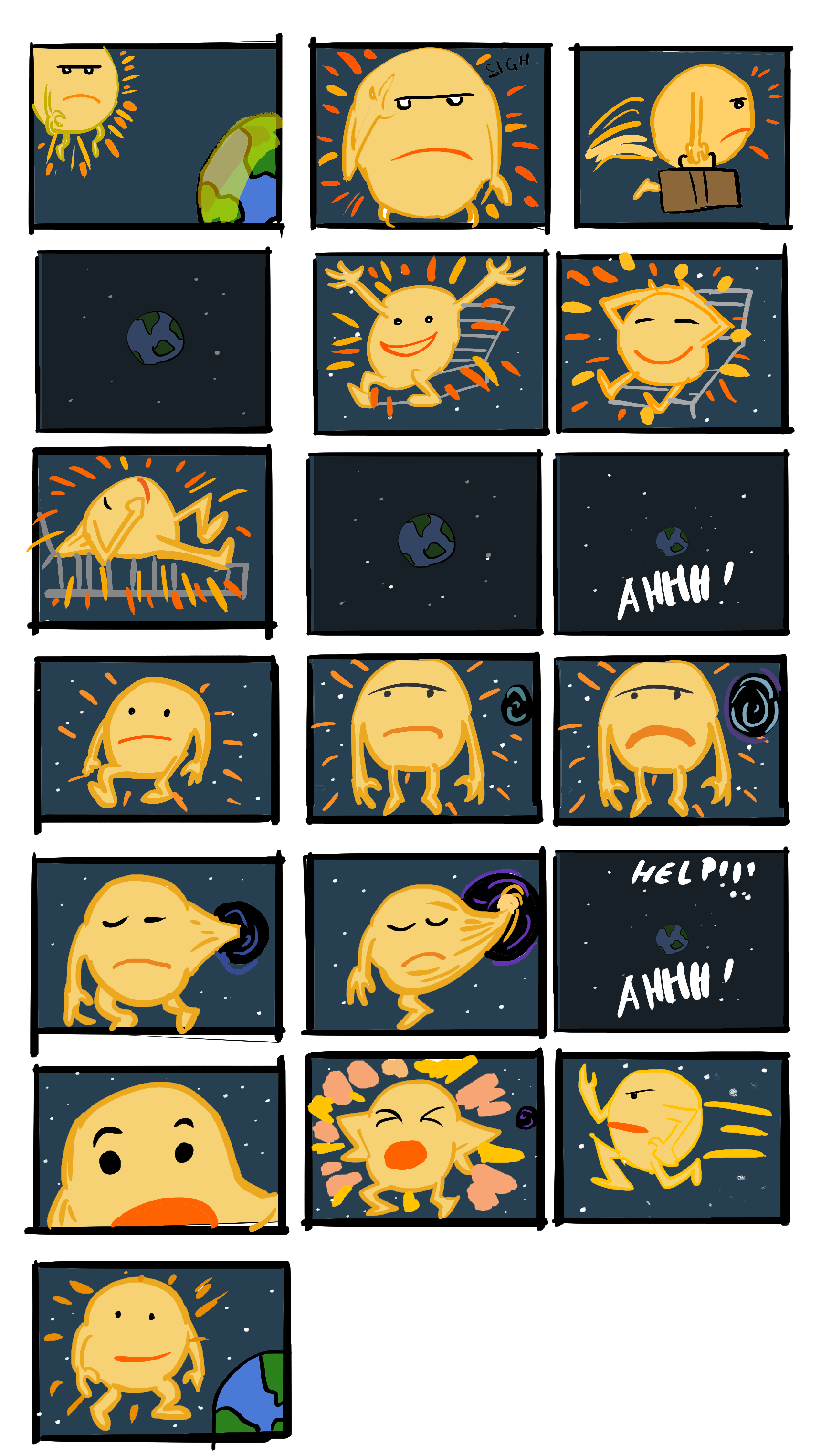 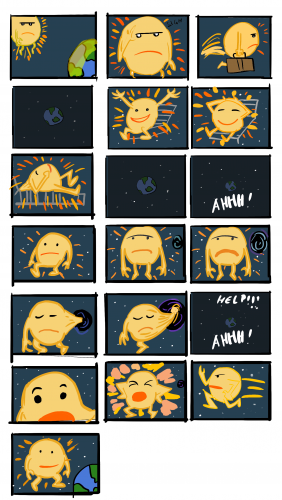 For this week, as the core concept was story structure, We took a premise that presented a problem - "the sun wanting to go on vacation." This piece was in part inspired by the short animated feature My moon by Eusong Lee where anthropomorphised celestial bodies took stage. I took inspiration for how the sun looked somewhat from that visual style, but whereas the sun was not a focal point in that story, in this one its the central character.
I created a series of thumbnails detailing the story -
Act 1 - the introduction to the premise or setup, where we see the sun is bored with his job and wishes earth praised him more for what he does. So he gets fed up and packs his bags (literally).
Act 2 - The confrontation, where we see the sun enjoying his time off happy without having to babysit the earth (or so he thinks), while we see the earth silent in darkness, and then begining to scream as life without the sun dawns on them. The sun meanwhile is getting even more bored than he was before, and something else creeps up on him. Lonleyness. and it manifests itsef as a black hole, sucking the sun into it.
Act 3 - Resolution - The sun having given up to the lonleyness and depression, allows himself to get sucked into the black hole, but just as hes about to go beyond the point of no return, he hears the people of earth screaming out for him. And seeing that he is missed, he finds the strength inside him to escape the black hole, and rushes back to his spot in the system.

It was important to use color when thumbnailing this as it helped convery the sense of warmth that a chracter like the sun gives off, and the absense of that warmth in contrast to it as well.