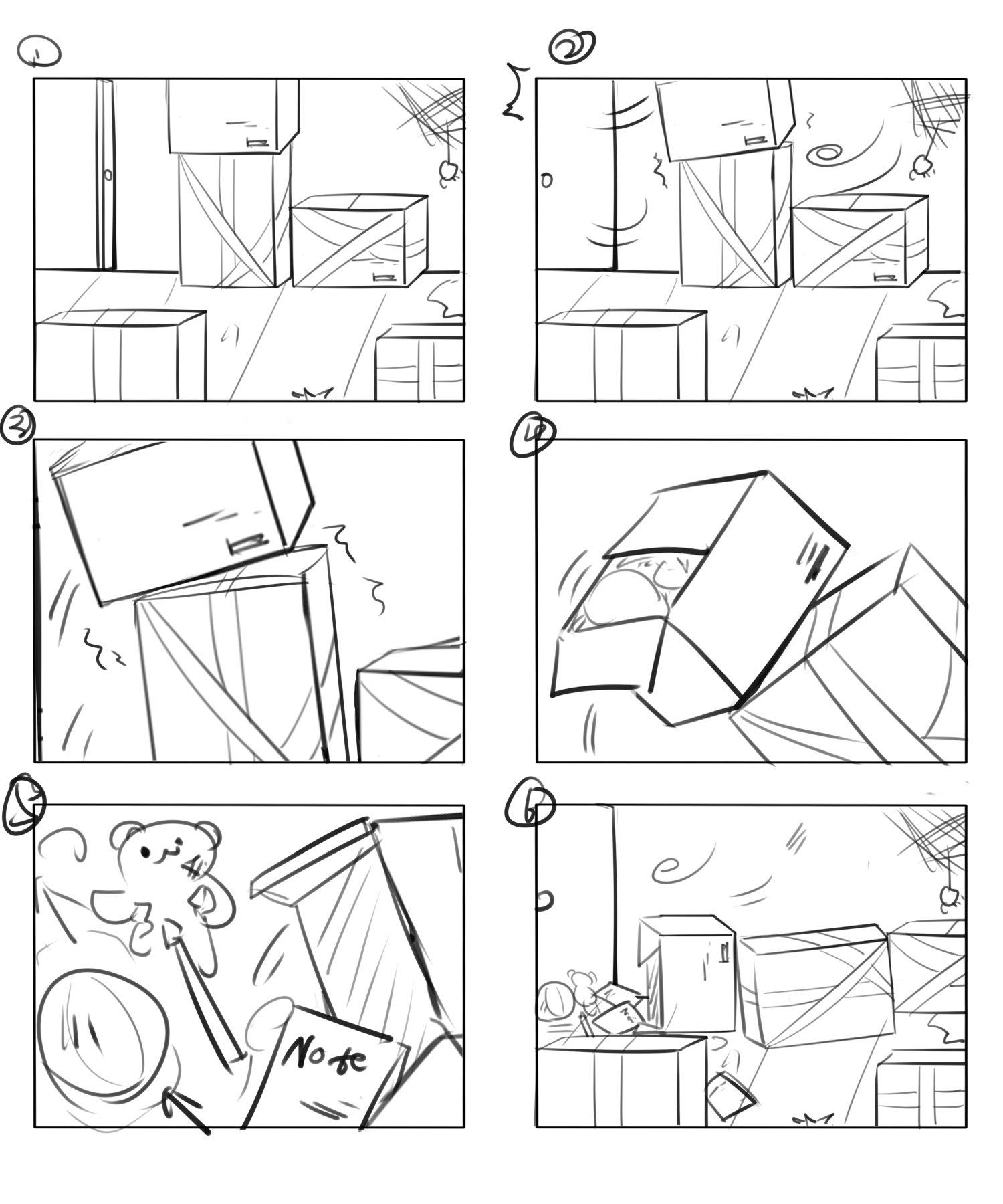 In response to the theme of object oriented ontology, I draw some storyboards based on my VR project that has done before. The original idea of that project is a “box” act like a human; it feels its “head” really heavy but does not know what’s in its “head”. So it would random pick anything from its head and play with the thing it pulled out. In this work I have changed all the human action for the box, just look it as a normal storage box and put it in a whole environment.

By drawing this storyboard I want to show that object and the whole environment may have change but not related to human activities. On the first scene everything is standstill, and then a strong wind rises, the box fall down. Since the top box is not sealed, everything inside fall down as well. On the final scene, everything goes still again, but the whole environment has already changed. There is no human action but the “object” changed itself. We don’t know this change and the change may still go.

I didn’t find a specific similar work for this task. The game Everything made by David Oreilly and the game I’m a bread all give me some inspirations. The objects have their lives, not for human use. The interaction between each object is all different and unpredictable. Whatever people notice or not, it happens in daily life all the time. 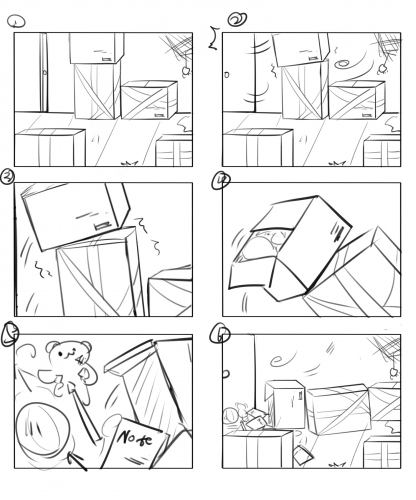