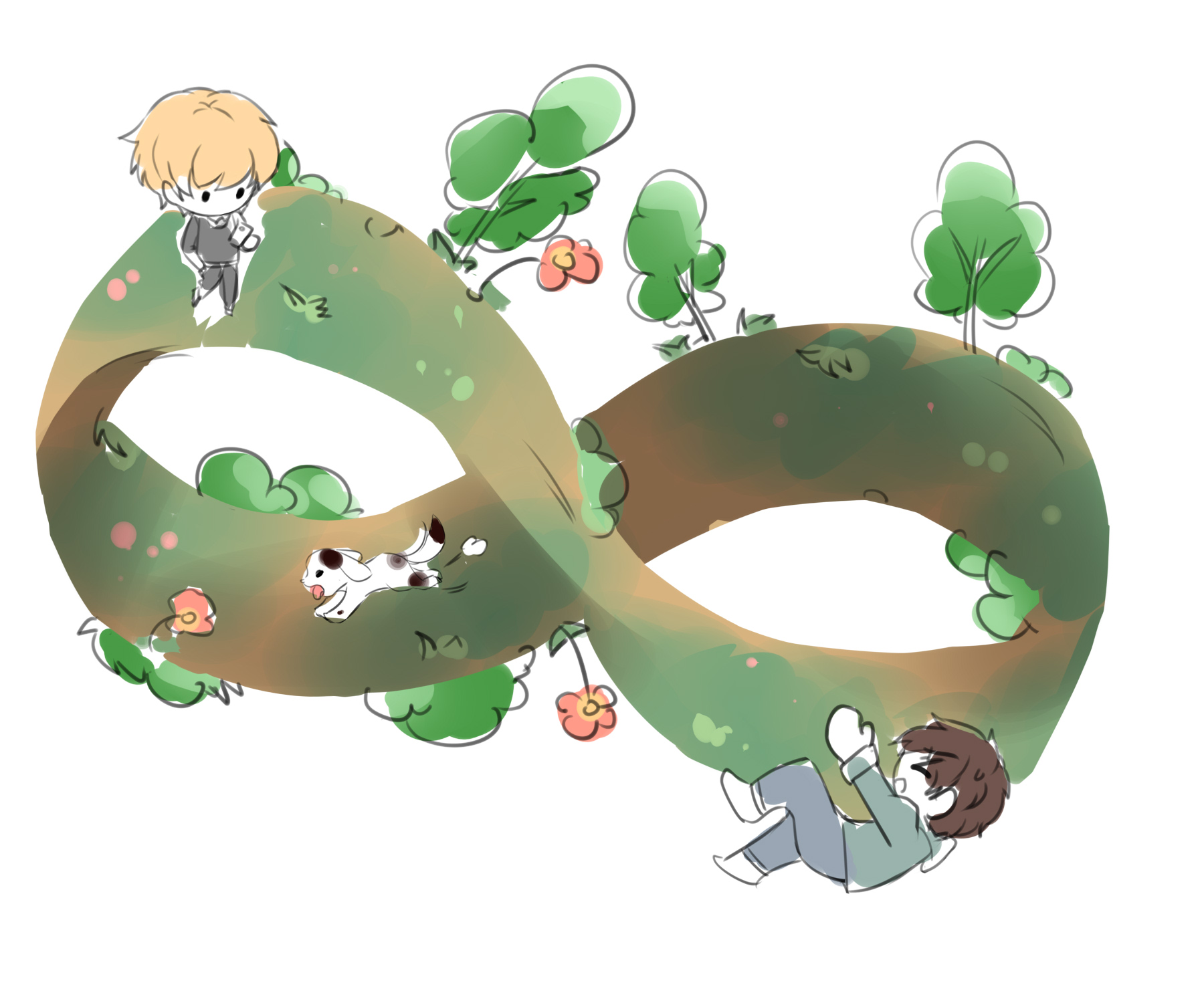 In response to the theme of discussion of place, I draw some plants and characters on one scene based on the Möbiusband and another storyboard that comes up the inspiration of Matryoshka dolls.

By drawing one scene based on Möbiusband I want to show that the environment will influence characters as well, and they can also considered as a big environment. While you flip the scene horizontally or vertically, you can see it as a new scene. The idea of the other storyboard is simple, while the characters open the box, it will see the other character inside. So is it possible that the first character is also in a box environment as well.

Similar work has been produced by Ustwo (Monument Valley) ,  this game has put lots of efforts on how the environment affects character. The player need to consider the scene in different views to solve the puzzle, you may also need to move some objects in the scene as well. The game used lots of design element to set different levels, such as penrose triangle, Möbiusband，Penrose stairs and so on. 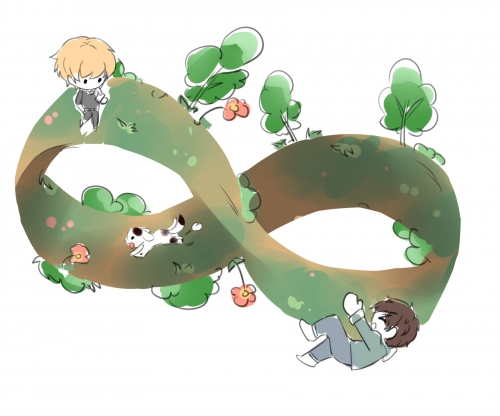 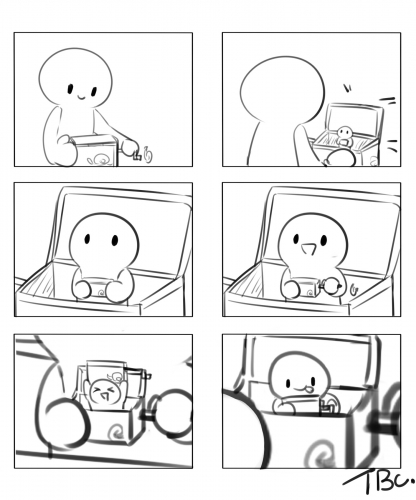