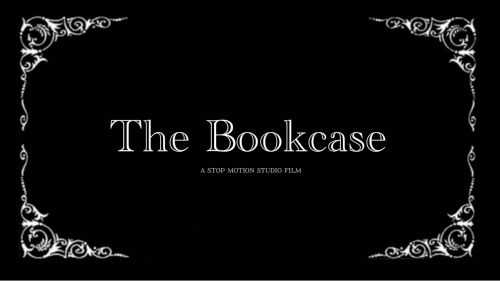 “In response to the week’s theme of discussions of place, I made a short animation that shows the organisation and colour coordination of a bookshelf, using traditional stop motion techniques. By creating movement amongst the books I was able to depict them as both a character and being part of the ‘place'. The including of people within the animation further emphasise the idea of books being both a character and place, as they are still in the background  when people  pass by, then come to life  when no one is around. Similar themes are present in Segundo de Chomón's work El Hotel Eléctrico in which stop motion is used to bring an inanimate object to life (Mercer, 2008).”

Mercer, L 2008, Fear at the hands of technology: The proto-Surrealism of the sims of Segundo de Chomn, Intellect, United Kingdom.