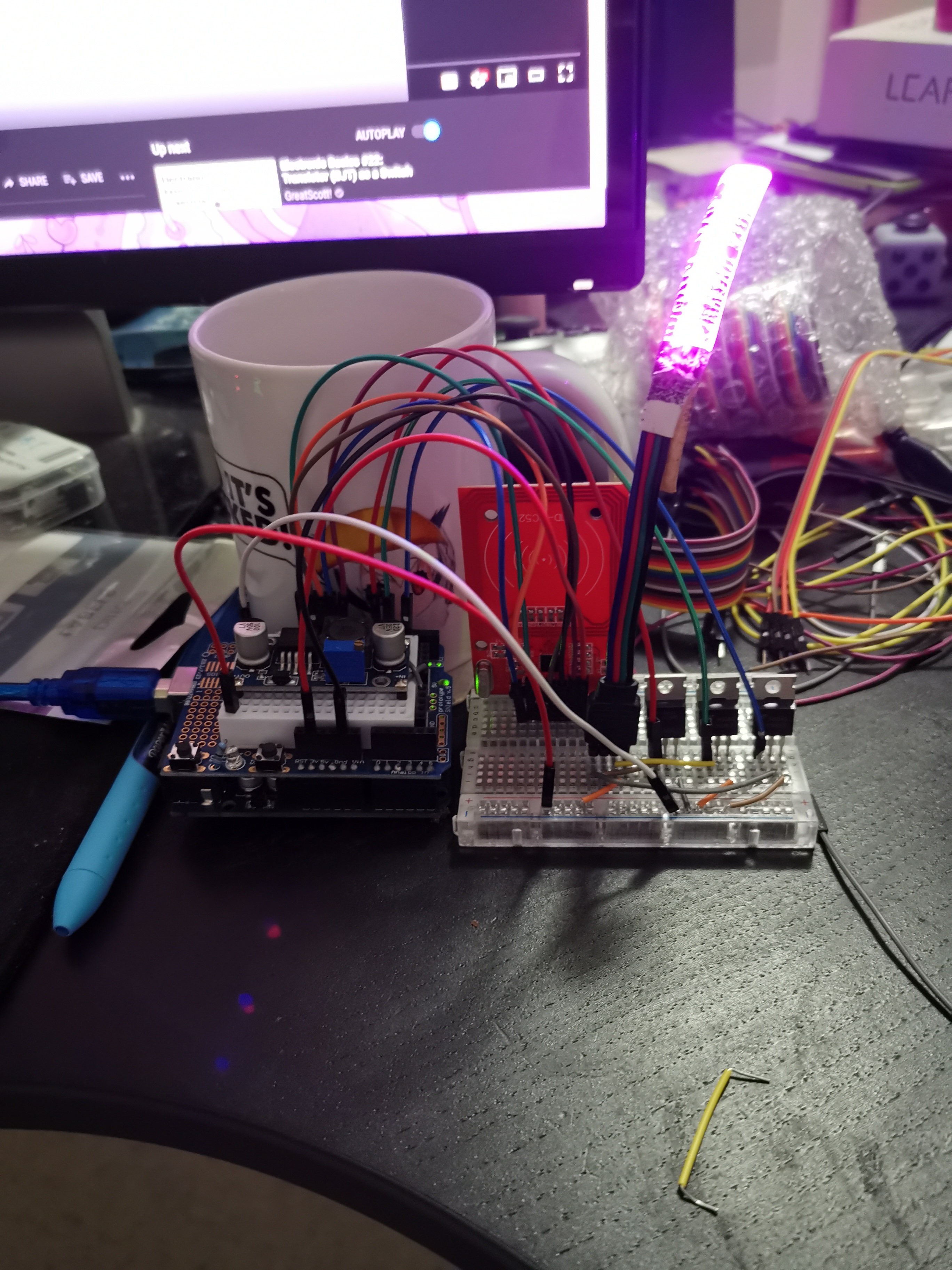 I've been working passively on the software, making it more stable and doing some purple magic.

On the mean time, I've also started playing quite a bit with electronics, and getting the system that Sukuthesia will be using, on the electoronic side.

To begin with, I am using Arduino, because it's fun and simple. In order to have Arduino and Unity talk, I was going to use a plugin called Uniduino, although it couldn't quite achieve what I wanted, and also got deprecated.

So I found a nice plugin called Uduino, which allows me to still do arduino code, but have it talk to Unity as well via command systems. So that's cool.

The asset can be found here:

I don't have any visuals to show with Uduino mainly because I'm working with two separate systems when prototyping electronics. I don't want my core system to break due to some experimentation; so next week!

Firstly, I have two main components:

Now, here's the catch. I want to control and power the LED strip using the arduino, but it supplies 5V instead of a required 12V by the strip. I'm using a Voltage Amplifier to solve this issue, which is something I did as well on my cardboard game I made last winter, which can be viewed here.

Because the voltage is higher than 5V, I'm using mosfets to control the output using PWN pins. In short, that lets me handle higher voltages using lesser voltage and not fry my board.

Here's the documentation electronic sheet I've made for the sake of remembering what I'm working on as well.

Firstly, implementation of Uduino on my core project, as well as events to safely control the arduino system without being binded to it (clean code structure stuff).

Secondly, attaching the LED strip to the arcade. I've started working on it, but I'm short on LED strips, and wire jumper housing. Until I receive a few parcels, I won't be able to add those to the arcade.. But they should arrive next week, which is good!

Finally, work on some more UI Menu which should be triggered by NFC hardware. So far, I want to add both a Goddess screen (only I can access it), and a Tracking screen (anyone with one of the cards can access it). 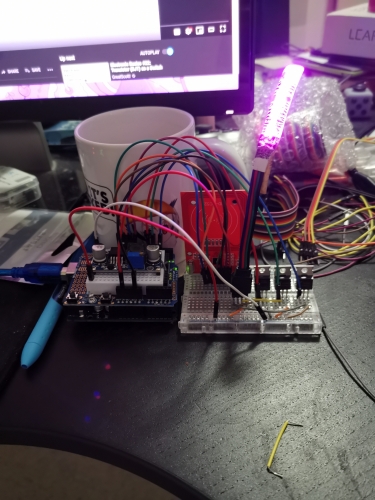