FOLIO 2
This semester, my interest has been in how the projected animations on different materials are visualized, so for study 2, my Inquiry is the study of projection on several layers of paper, which will have different shapes and colors, and they are also located at different focal distances. This is a minor project for studio 3, where it will be bigger and will have a combination of more materials such as metal, glass, and paper.
Following the recommendations they gave me after Folio 1, I made this papercut with 5 layers, so that it did not look as if it were simply the flat wall, but so that the depth made it more interesting and gave it more realism.

For Folio 2, I made an animation projected on a papercut that is inside a box that measures 29cms x 36cms, which is based on a first drawing that I made some time ago, and that I mentioned in Folio 1.
It consists in giving life to the papercut through.

Reflection
Although it was difficult to define exactly how the papercut was going to be done, this activity was very interesting and fun to work on. I was trying to define between a mask that expressed the disappointment that Mother Earth feels for the human being or instead of facial expressions, that she saw herself growing, filling with life. In the end, I opted for the second option since it was something that I had done and not simply a mask that I bought in a store.

I found very interesting to see how different paper textures influence how animation is visualized. The glossy textured paper is complemented by the animation giving the object greater visibility and life, unlike when I used white paper, without texture, although you can see the animation and the colors, it does not add value.

The fact that this box has depth gives the sensation of a little world inside the box, besides in folio 1 where I only worked with one layer and it looked just as a part of a wall.

Another element that was very important here was the contrast between positive and negative, due to the darkness at the beginning gives the opportunity to reveal slowly what is inside the box, giving a surprise, while when you see the box in the light and with the animation projected, you can see the inside from the beginning without leaving much for a surprise.

In general, I am happy with the result, since it allowed me to explore how the same object can transmit different sensations according to the colors I have, but I feel that I did not get where I wanted due to technical problems. I never managed to find how to reproduce the layers in the order and at the time I wanted from Resolume, but they all reproduce at the same time, something that doesn’t look bad, but it wasn’t what I was trying to do. Carlo’s help was essential for this semester since I didn’t even know the software.

For Studio 3, the idea is to carry out this project on a larger scale and experimenting with new materials such as wood, glass, metal, cotton ... etc. And the animation will no longer be in 2D but in 3D.

*Special thanks to Carlo and Homie* 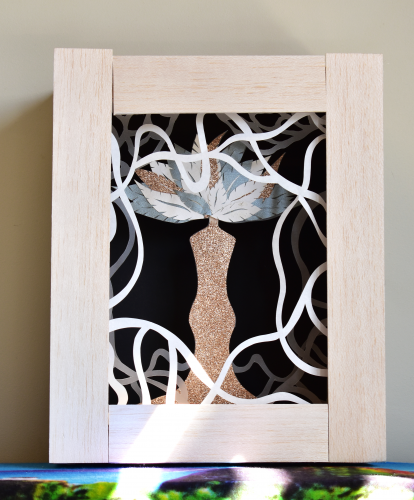 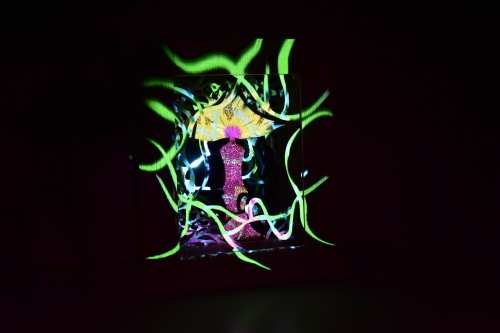 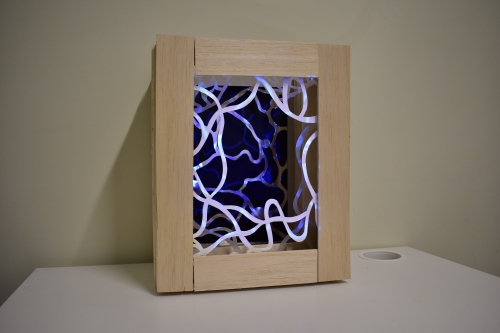 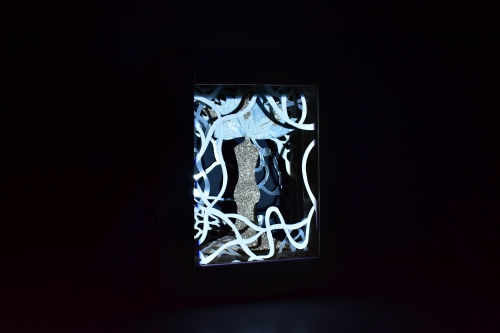 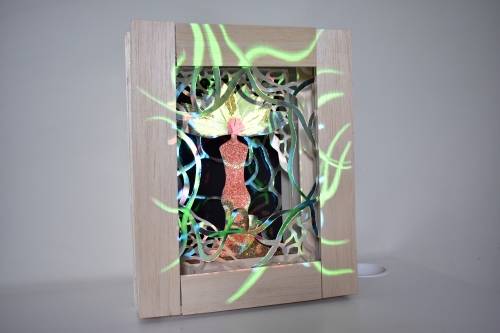