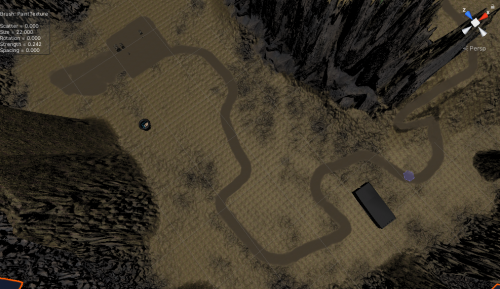 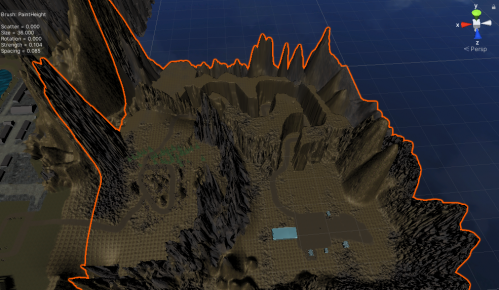 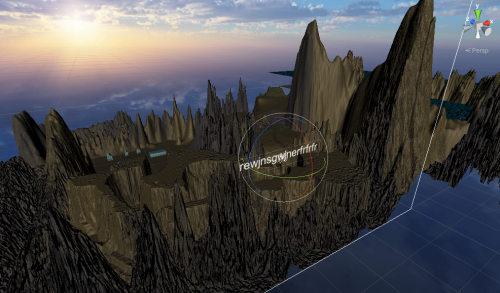 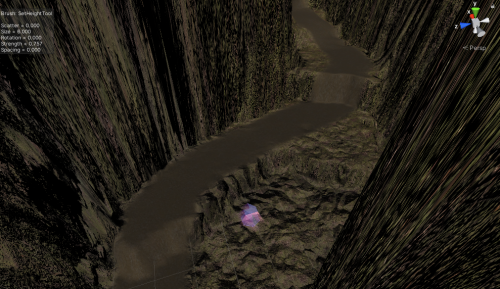 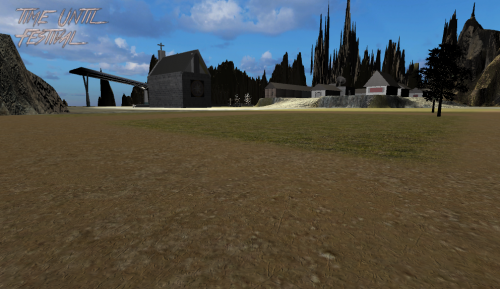 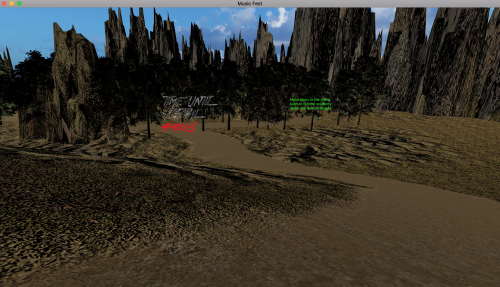 This week I made multiple lists for all the things I needed to add to make this a great game. First up I really wanted to simplify and strengthen the story and came up with an idea where the town is run by the American military who are stationed in Tasmania, and they want to get rid of the local Tasmanian residents so they hatch up a plan to host a folk festival, demand all the residents come up from the valley for it, and while they’re there, burn down their houses. You as the player are supposed to work for the festival and if you do all the things you’re asked to do you will fail, and are instead rewarded if you explore the map and find a secret house where someone will tell you about the military’s plan, which you can then go and prevent.

I had a lot of fun building the secret area for the secret house and then fleshing out the valley area. I then made a working clock which counts down until “Festival time!” at which point another script will load a “game over” scene (see video above for reference). I then put some mission texts up on the screen that would show at certain points of the game, but I wasn’t able to achieve the thing I wanted to which is getting those texts to dis- then re-appear at different times- I’m not C#-savvy enough yet to figure that out on my own.

Down in the valley, I made most of the first mission whereby you drop flyers in all the houses by approaching them. Red spheres represent houses that need a flyer, and ideally when there are no more spheres a new mission text will appear on screen, but again I couldn’t figure that out.

I also want to figure out how to play cutscene videos when a player goes to a certain position at a certain time, but I couldn’t figure that out and haven’t made the videos anyway.

Again I find myself a bit burnt out at the end of the week and a bit confused. The really core exciting elements of the game were just the town up at the lake. Now I feel like I’m trying to do too much by adding these extra sections, and am definitely mindful that it is really boring to spend ten minutes traversing a fairly lazily detailed 3D environment. I am getting the guts of the game complete which will probably be satisfying to achieve, but right now the whole thing is feeling fairly dry and empty when a couple of weeks ago I was extremely excited about the potential of my little town. Perhaps I’m being too ambitious with all these interlacing narratives and trying to get the player to want to explore and not do as they’re told.

Something what may be exciting would be to make some really great cut scene videos and create a perfect aesthetic for the game, and some cool audio. Maybe a lot of what’s lacking is life- sounds, animals, people- and by adding more and more of these things I will start to feel excited again.