With this work, I intend to explore the ideas of change, This idea is, essentially exploring external influence as well as the role of “outside” in the development. The idea will be expressed as an animation. When finished, the work will develop the concept through the introduction of a “hand” character external to the narrative, which will be used as a deux ex machina od ‘influencer’.  It also will explore ideas of breaking the 4th wall, and the relationship between character, audience and author.

The reason for doing this work is because I’m interested in designing characters as well as stories about them. If successful, the work will exhibit excellence in storytelling. My work will be different from existing work because it

Other similar works are the Daffy duck animation by Warner Bros, and “The Hand” by Jiri Trnka. Other works that deal with these concepts and ideas are “Kaizo Trap” and some Chinese shadow paper shows. Examining the context, I can see how well they deal with the “insider” and “outsider”.

The materials I intend to use are separated characters and variety of objects which are drawn in water colour style. Also adding paper texture on them so that they would look like a piece of paper. In order to express the concept, I have chosen to work in Photoshop, where I finish my drawings and add texture on it, and Affect Effect where I animate them. My workflow and method will allow for the best expression of the idea because during watching the animation, the role of people would be “audience” rather than an “outsider” inside, which can also leave them an imagination zone. 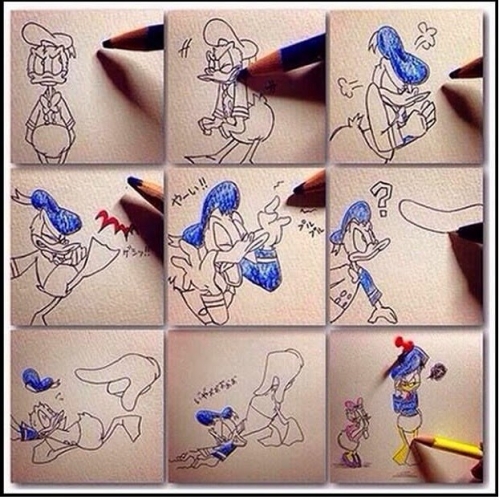