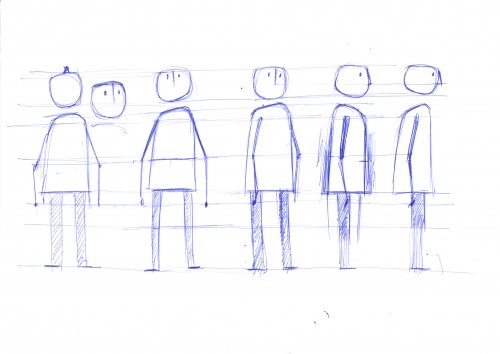 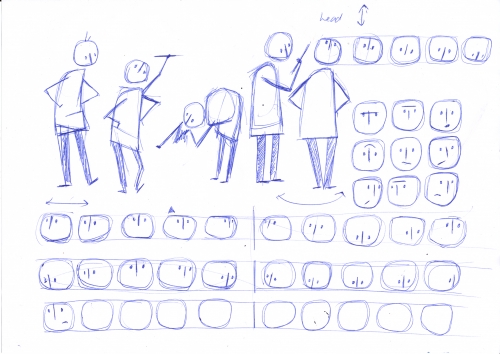 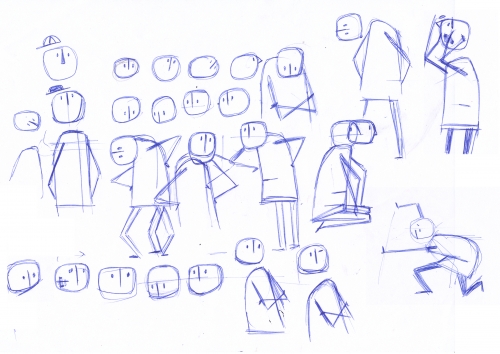 After being stuck in Week 9 and following consultation with Nick, I changed tack and using one of my original drawings of Oscar (made during the AGI Workshop) I focussed first on finding the right brush to use in Harmony (Ink15) then making a very SMALL movement.

This resulted in the Contemplation Gesture and with Oscar re-established as a form/personality I went on to make the first loop of the Ladder Shuffle. The shuffle, which I did not envisage in the animatic, arose when doing some further working-out drawings of Oscar. After discussion with Nick, changing the way in which Oscar carried the ladder met the criteria of Week 08’s Breaking Assumptions (which I had missed)!

Drawing, pen and/or pencil on paper, is a very important part of my process that I tend to forget when heavily immersed in learning and using software. I started my first attempts at making model sheets.