Prototyping Heartree using the Arduino and getting that to work with Unity. The previous proof of concept using the Makey Makey didn't allow me to interact with LED lights in a simple and direct way (it required an extra, roundabout circuit that would be too cumbersome for the user experience), and also provided inconsistent results if my hand was too dry or cold. Therefore, after consultation with Chris and Max, I've decided to move on from the Makey Makey and try my hand at using the Arduino Uno with Unity.

It was my first time using the Arduino in a project, so I was learning on the go. Ran into a few technical issues, including: 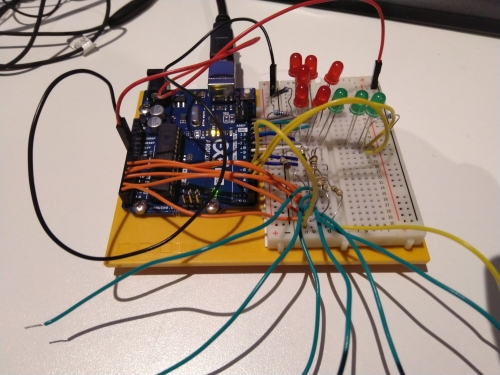