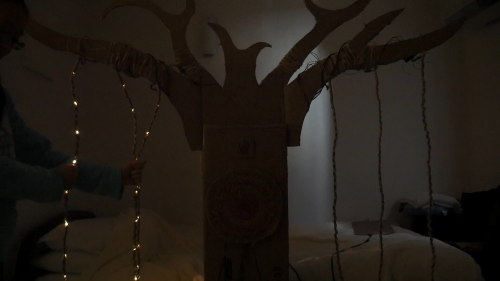 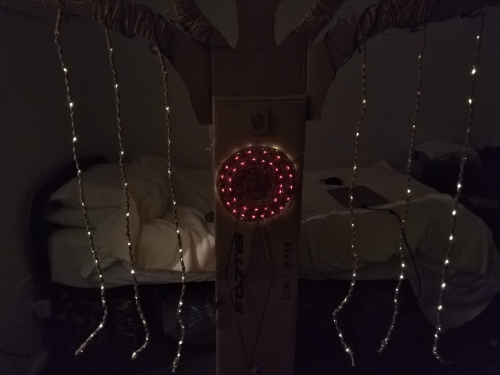 A second demo video of Heartree, and a chance for me to test all the final components of Heartree before filming, including running Heartree purely via my laptop's battery power, bluetooth speaker and 5m USB cable.

Incorporated the updated tree trunk sensor (with the white rim light and red heartbeats), all wires for the ropes are now cut to length, and video documented how Heartree works touching multiple ropes at the same time (a common question asked by others when they viewed the first demo video). Also managed to fix an issue with the heartbeat LED lights sometimes appearing dimmer than normal.