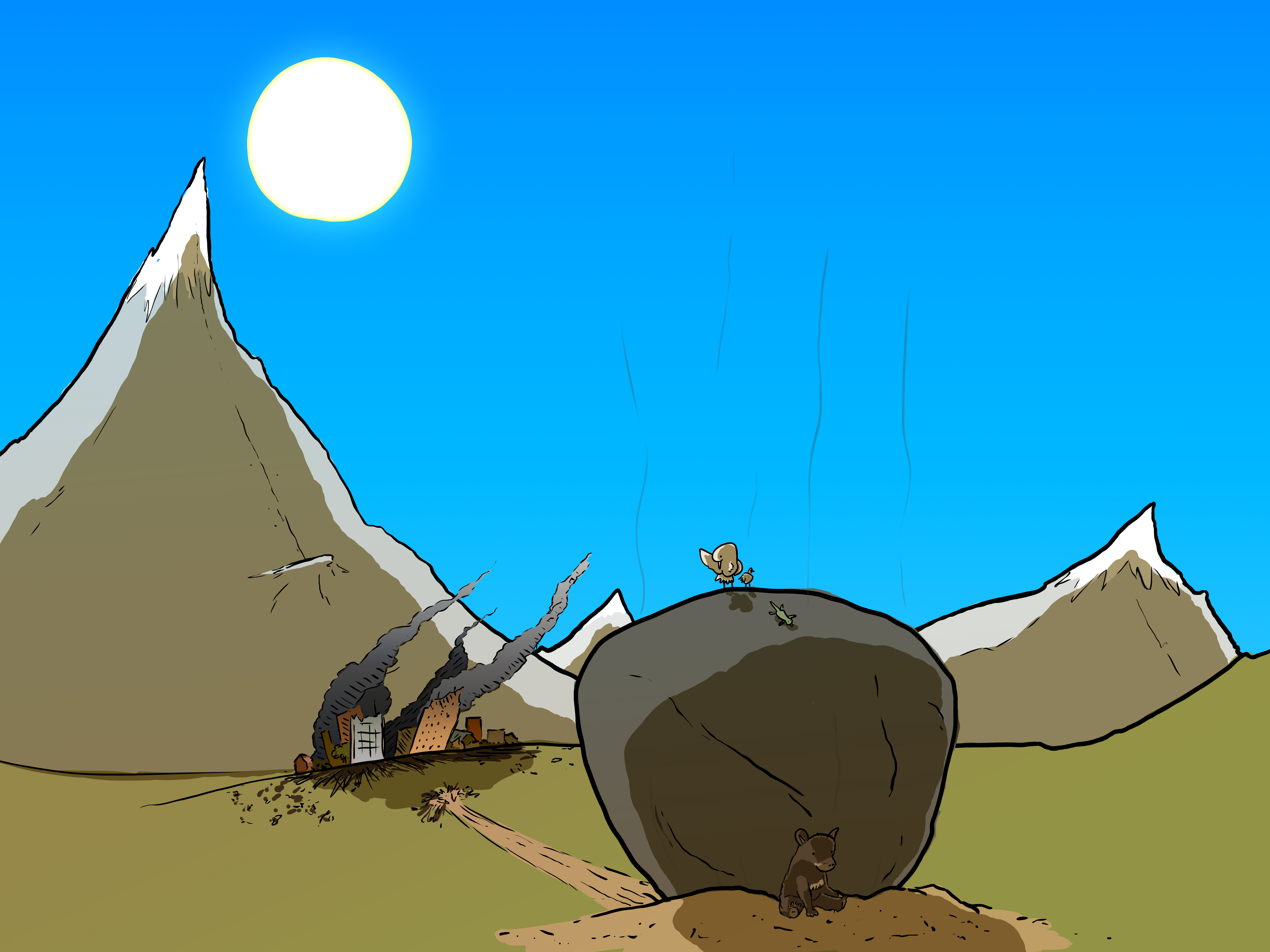 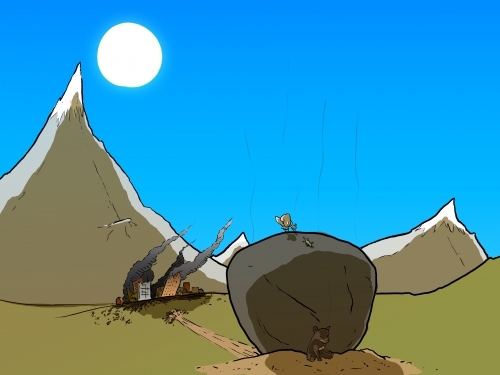 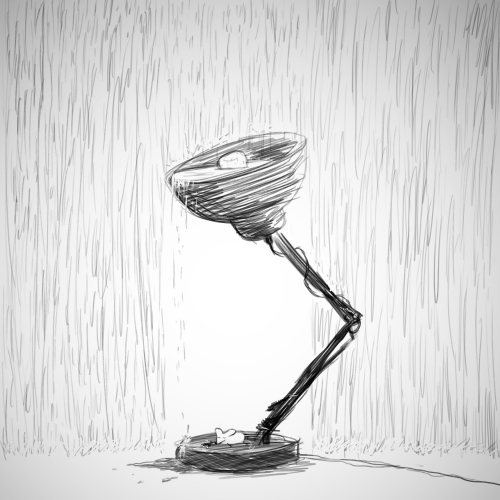 In response to this week's theme of Object Oriented Ontology I produced a couple of illustrated works exploring objects and their existence seperate from human subjectivity.

Initially I was inspired by the concept of the Earth as a unified object. Borders and nations are a human construct, so I wanted to explore what a world without borders would look like. This idea is explored by Hideo Kojima in Metal Gear Solid 3: Snake Eater and the greater Metal Gear series as a whole, as the conflict throughout the installments arises from different characters' attempts to unite the world as one through various means.

I struggled to conieve of a way to portray this in a short work I could produce within the space of one class. Instead I shifted to natural disasters and whether or not they are 'disasters' outside of human perception.

The work for this shows a large boulder that has rolled down a mountain and destroyed a city. However, to the animals nearby, it becomes a resting place or home. The boulder is just a boulder, a piece of nature. It just happened to roll through a city.

I was happy with this work, but wanted to explore something I felt was a little smaller in scale and more relevant to the topic. I produced a quick sketch of a lamp from my desk positioned upright in the rain, catching the water in its head and providing shelter for a small mouse. To humans a lamp has one singular purpose. To this mouse the lamp is something entirely different.