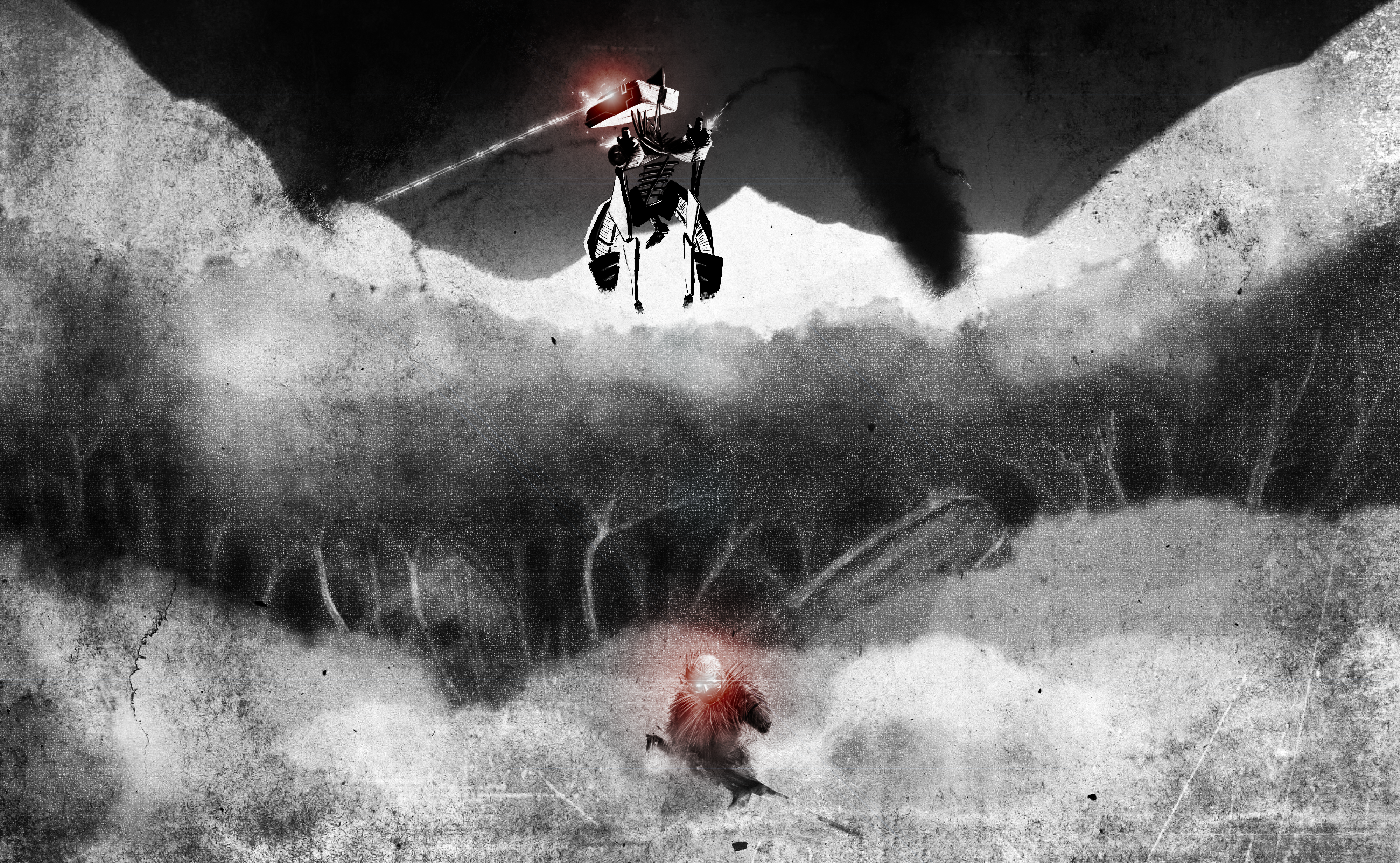 In response to this week's topic of place I explored the works of Yoji Shinkawa and his art for the Metal Gear franchise. To do this, I created an illustrated work in Shinkawa's work of a camouflaged soldier entrenched in a jungle firefight, reflecting this character's identity as a soldier with the burning tropical landscape.

Through this work I have demonstrated the potential for dramatic, large scale scenes to depict nuanced insights into characters and uncover some truth about them through their surroundings. Camouflaged to blend in with the vegetation he becomes his environment, but more-so it is his identity and duty as a soldier that has defined the landscape around him. He is surrounded by flames and destruction, and a fiery, smoke-filled sky because he chose a life of violence. He adapts to his environment, and his environment adapts to him. Although a giant mechanical beast seems to be the antagonising force in this situation, both it and the soldier are one in the same, and exist in the same setting.

As mentioned above, similar works have been created by Yoji Shinkawa (pictured), as well as a series of Metal Gear-inspired works celebrating the series' 31st anniversary by a variety of artists.