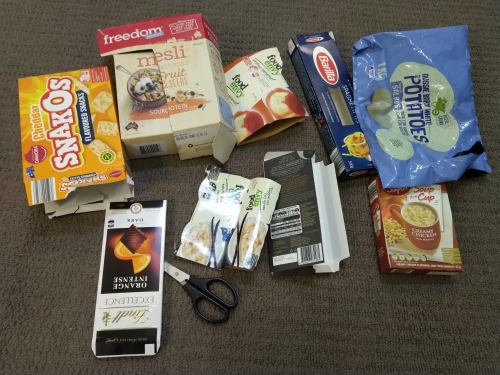 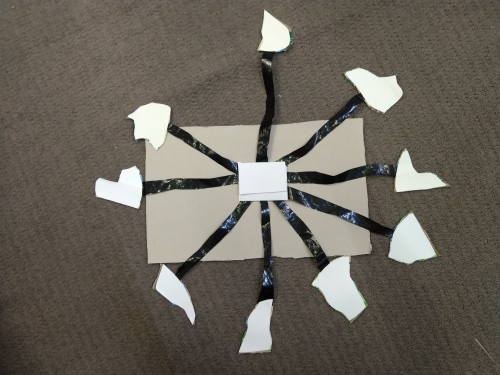 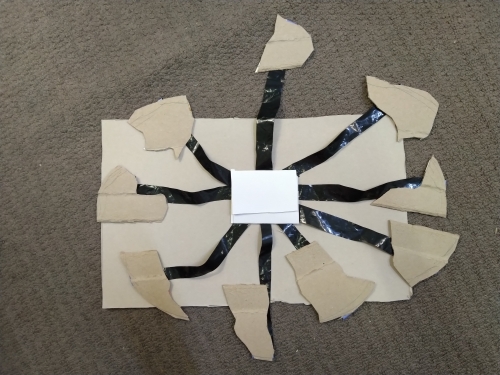 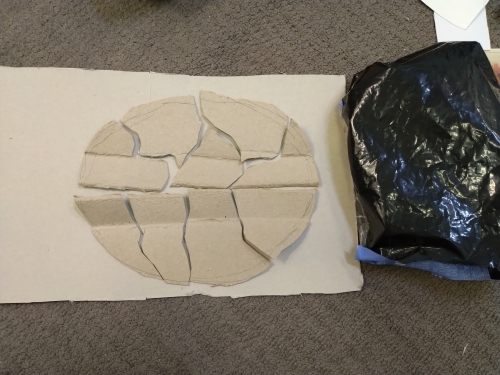 Based on my feeling about doing the CPS—my brain is stretching; this is the scientific explanation that can support my idea.

Quote from the article:

“Through the connection between the synapses, different information is connected in the nervous system, which is the principle of human intelligent memory. Your brain is doing the same thing. When you remember something or learn something, the neuron rewires and continually changes. This is really cool!”

(Original in Chinese, translated with Google)

The movement of cells are exactly what I was feeling:

I use paper, pen and plastic bag to make my object.

CPS Archive should relate all objects together and I thought of the art gallery, toy box, menu and aquarium. They can show all the objects like exhibition. For instance, if it is an art gallery, my objects can be art works an there can be explanations on the wall. In an aquarium, my objects can be different fish and there will be some introduction of the fish. For the menu, my objects can be a dish and weekly reflection can be the introduction of the ingredients. All of them are not bad but I feel like there is something missing, objects have the element but they are just separate things.

Therefore, I tried to think deeper, how do I feel when I was doing my CPS work? I feel happy and fun. At the same time, I think a lot. I feel like my brain was doing exercise and that its stretching from my head. I feel like my brain is trying to reach for ideas and inspirations. Let’s it! It’s an idea unique enough. I want to make my archive a CPS brain. The stretching brain idea came from an article I read before, it’s about when we are creating new habits, the neurons in the brain will stretch and make new connection with other cells. The perfect explanation of my brain status!

My first concept is that the brain should be stereoscopic and it consist of small pieces of each week objects. I tried to make it with paper boxes but make them into a proper brain is too difficult. I changed to my plan B- flat brain. The brain can be flat like puzzles. The process of put my objects together to make my archive is exactly the same as putting pieces together in a puzzle.

I made the long narrow piece of plastic bag as the connection between the paper underneath and the pieces of brain, try to show “stretching”. When all the pieces are stretching out, it looks like a radiation which represents The Big Bang in my head and that I was thinking. I put the symbol of objects in other side of the brain instead of just showing it because it’s like “look inside my brain”.

I did not color the brain because I want to create the contrast of first impression and exploring the brain. There is just grey pale color outside and in the inside, there are colors. I want to show when people see me, it just normal and nothing special. But if they can look inside, they will discover that I am full of imagination.

Reflection on all objects

After these weeks I feel like my brain is opened up more. Usually my creative process is by instinct, and after the class I was able to think deeper can create more depth of my work. The documentation makes me know my working pattern and habit so that I can examine myself. In the first two weeks I was like, yeah it’s like the creative thinking, I know how to use my imagination well. But as the theme goes deeper, I feel challenging making the objects. The process is a little bit hard but at the same time very interesting. I feel very happy and try to bring the playfulness into my work.

In this week I drew an illustration of a building with face. I found the photo of the building looked different from the same building when I looked at it. Actually, they are the same its just the way I look it was changed.

I did some modeling and film a short movement of the alien space dog character. Tinkering is about trying new things. I found that I only want to try some things that I want to try, like learning a new instrument, cooking new food, pottery… but not a new software. Because it will create a lot of frustration and requires a lot of time looking for tutorials, I don’t want to learn it unless going to a class to learn it. But eventually I enjoyed the process a lot because anything could happen. I was relaxed and asking myself: How about doing this? Why not try that? Trying new things and experimenting without worrying the final outcome is fun!

I created a spaceship made with mouse(computer’s) and taper. This theme was challenging because I kept think of little mermaid using a fork as a comb, or hermit crab using bottle cap as its home. It seems like every container could be somebody’s home. That would be too easy. After that I thought of the stop motion https://www.youtube.com/watch?v=dNJdJIwCF_Y by PES. To apply that similar idea, thinking what does an object look like is easy for me, then I came up with my idea.

I made an animation of a guy vomit after having a on a drop tower. Place itself can be a character. In my works I like how the drop tower interact with the guy. He pressed the button so many times, the drop tower speeded up and the guy vomit in the end. Thinking the relationship between human and environment and how to bring the idea that a place could be a character is interesting.

What makes a character? By building a character backwards I created a character: anxious toast man. Usually I create the visual look of a character and then think of what personality he/she would have. Sometimes I decide the characteristic first then draw the character. In this theme, thinking what happened to a character so that he/she look like or act like the way now is a lot of fun and a new experience.

I captured some smear frames of a totoro doll. I enjoyed the process of creating a lot. Filming the movement I feel my stress go away and being healed.

Creativity comes from limitation. Breaking the rule is fun, but follow the rule and create things at the same time is more challenging. The only thing that limits ourselves is not the rules but our imaginations. I drew an illustration of some lamp designs while apply the rules with my interpretation. I think limit can also create simplicity. For example, if we use only 3 colors for a painting, it won’t look messy but clear and designed.