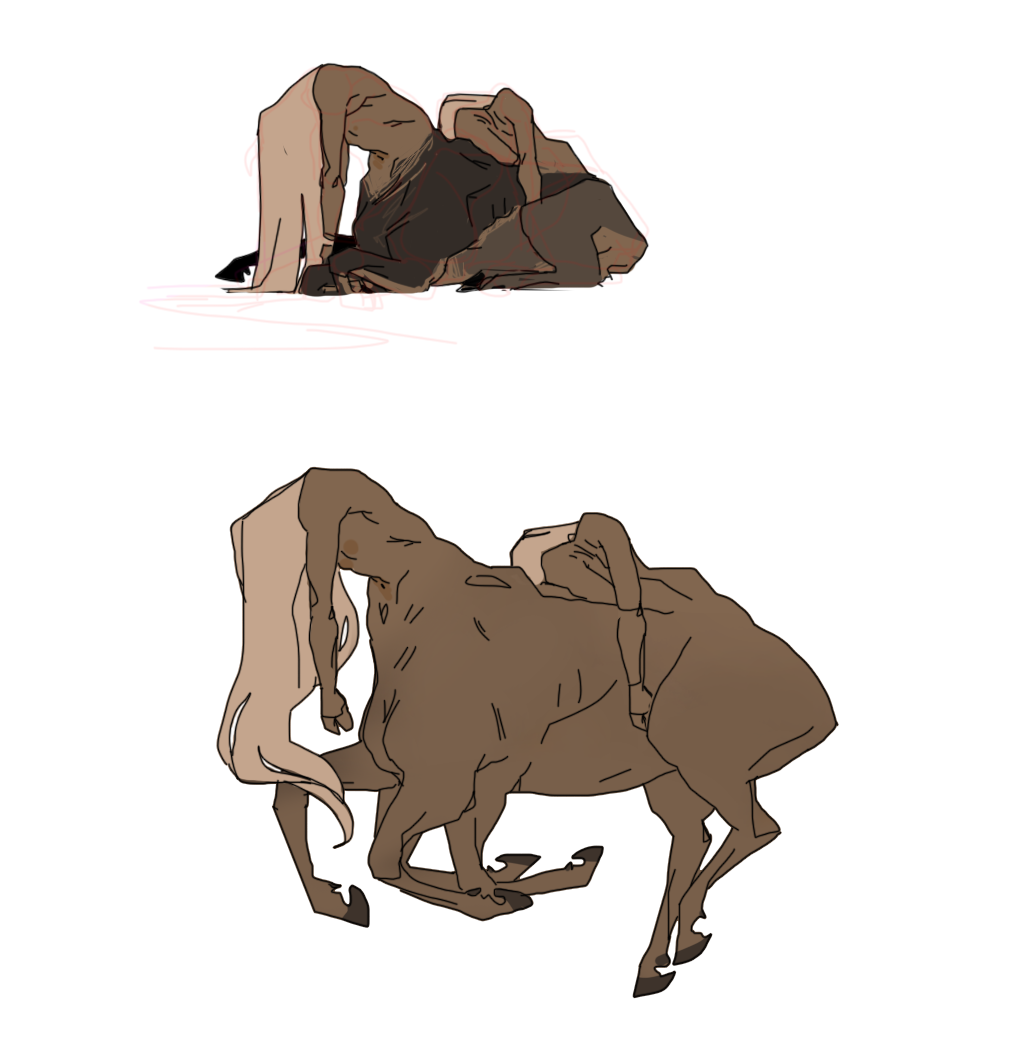 The context for this week in terms of outside works is the character designs of Allison Theus, who is a huge inspiration to me both in terms of technical skill and her world building skills. In a smaller context my folio work for Studio 1, as this character is one designed to exist in the world that my folio projects also inhabit.

A couple of sketches and some rough colour designs for a character using adobe photoshop and my tablet.

For this weeks theme I created a rough design for a character that had had some cameos in the written versions of a narrative I wrote a long time ago. ‘She’ is two sisters who got mashed together into one body, and to that end I wanted to make them slightly uncomfortable to look at. I took the familiar concept of a centaur and made it a little more extreme by grafting on a couple of extra legs and a second torso. I also wanted to be a little bit pretentious and add having ‘the weight of ones sins’ as a visual metaphor in that the two characters are physically unable to carry themselves upright. My tablet’s pen pressure actually stopped working during this class which was a mild annoyance, and I had originally planned to take my sketches home and refine them further on my Cintiq. But after I’d had the commute back to my house when I opened the file again I was actually pretty pleased with it. 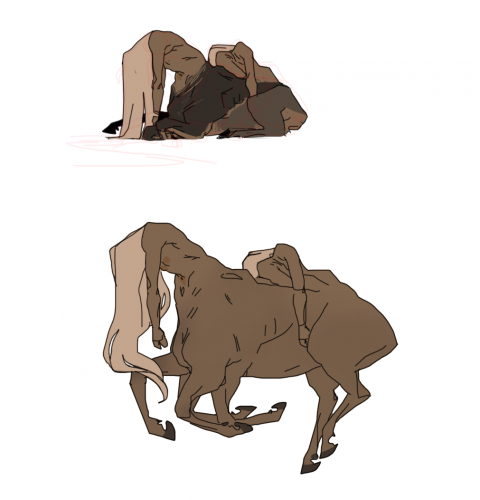