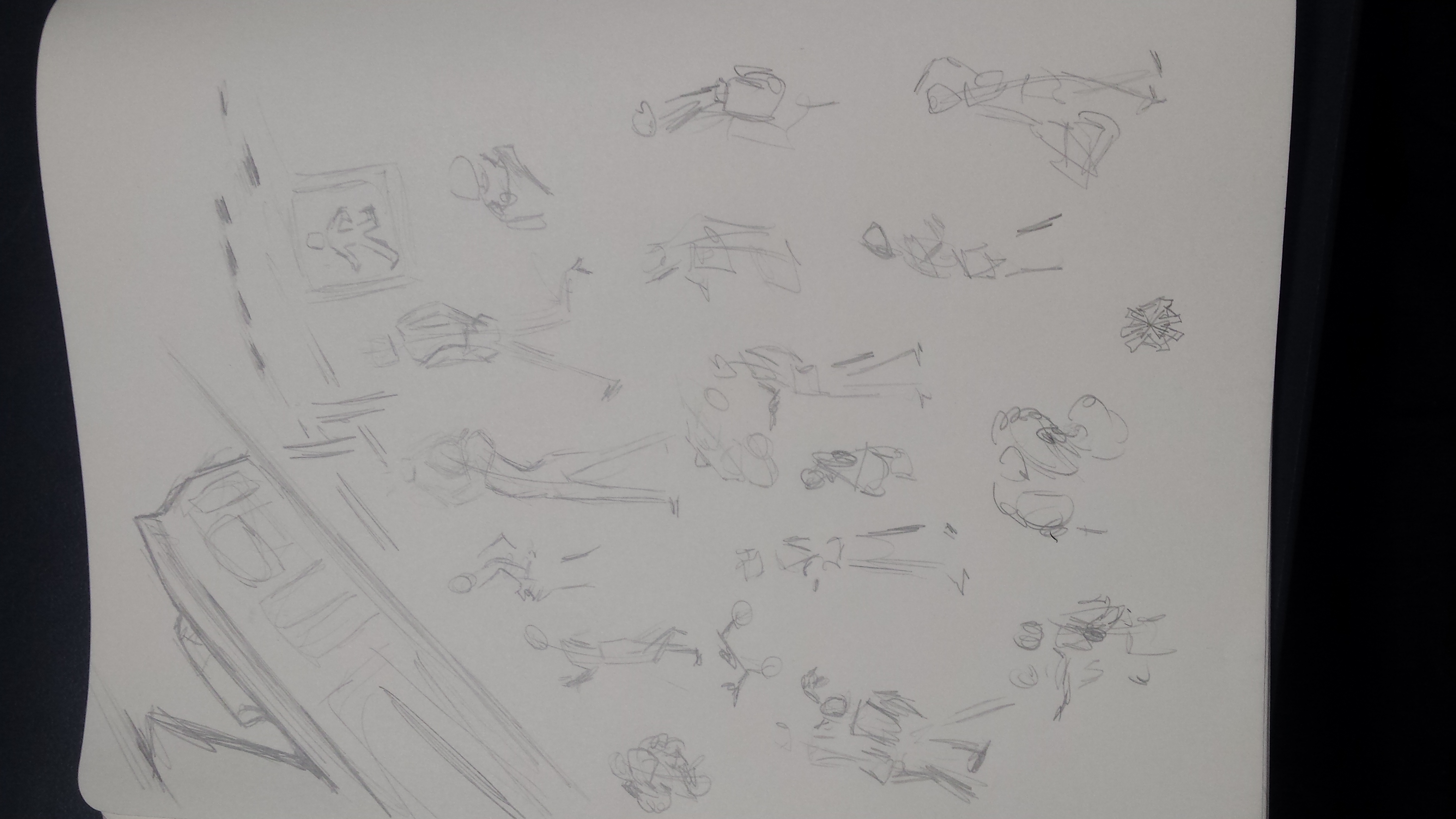 I intend to spend time outside the State Library, people-watching and drawing. The intention is to capture the gesture of the people however, rather than the people themselves.

The context comes from general animation studies, exagerrating life drawings to capture a behavior rather than the figure.

I ended up doodling a bunch of people and even objects that caught my eye, originally starting with basic, easy to understand silhouettes before i kind of devolved into only the basics of lines and shapes. I actually like the later sketches, even if they got a bit small, cuz I feel it really does capture gestures better than something solid. it also let me exaggerate on the fly, as i only had a few seconds on most sketches before the person moved.

After that I tried to enlarge some sketches, trying to sketch big enough that i could concievably use them if i wanted to draw a character over them. And finally I went through my phone to find other things I could exaggerate, but since I only really take photos of my cats, that was what I ended up drawing. I tried to do a mix of exaggerating poses and keeping to what I was seeing within the photo. 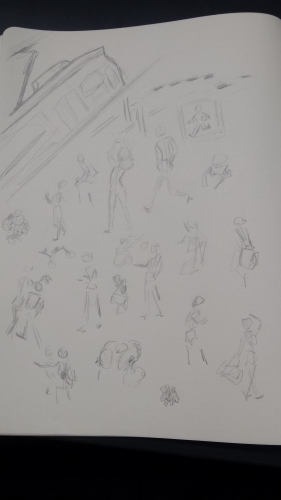 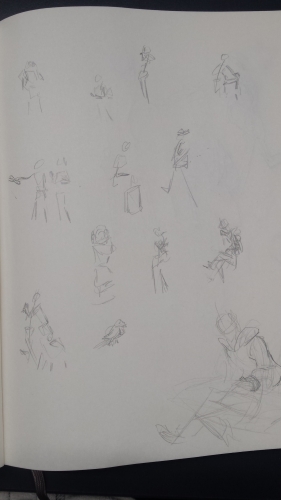 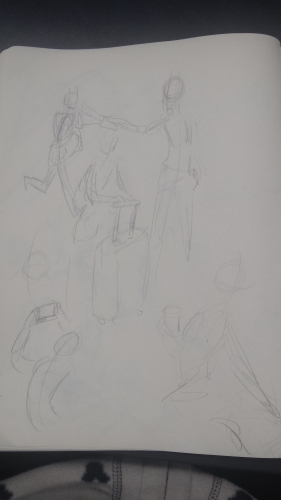 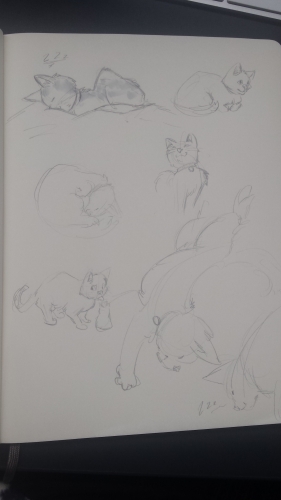