APD - wip for Play and Place

For play and place, I'm interested in the idea of how communities often build up around a source of fire, like a hearth. I wanted to see if I could transmutate 5 different locations through 2D animation, so I started by creating these 5 locations in Photoshop and then imported them into Animate to animate the transitional in between frames

The transitional frames were really difficult because I am so used to animating people, creatures and characters in a way that is fantasy based or really surreal, using curved and looping lines. I wanted to try to animate with the lines and the planes of each of the locations which was initially difficult. I tried using the Pen Tool to focus on the lines solely, but this was limiting for me because the Pen Tool is technically hard to use. I deleted this and tried using the Pencil tool instead

To get the pacing right, I changed the fps from 10 to 15 and then extended the frames of the establishing shots. This made the transformations feel more organic and smooth, and less clunky.

This experiment has been a success. I plan to colour style this gif next, and see if I can consolidate this with a fire that I animated in After Effects 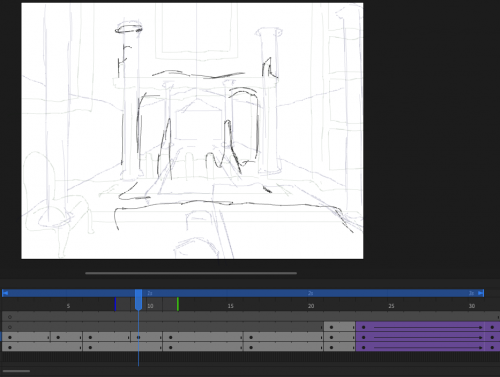 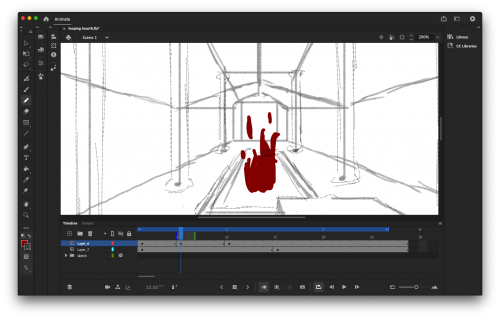