Singaporean artist Qimmyshimmy and her unusual body of work

Phoebe and I researched some cute and creepy artworks about peoples' body part for example eyeball, head and brain which is our taste. So we decided to make something in such style and add interactivity as well.

There are 4 parts of our practice:

Users play with our rabbit organs dispenser machine. Push the rabbit's tail, you will get an object of the rabbit.

As for the coding part, I wrote code in Processing to allow the webcam to recognize the red and brown. If the webcam finds red or brown, the related animation would be shown.

Phoebe and I made a playful rabbit organs dispenser machine which would give users an organ of the rabbit when users push the rabbit's tail. We painted the organs in different colors and set red (heart is in red) and brown (poop is in brown) as the trigger colors which would trigger the animations when the computer (webcam) finds them.

Our result had both the physical part and digital part which is a great experiment of using different methods ( handmaking, animation, coding) in one work. I think it is an interesting way which is worth exploring more. 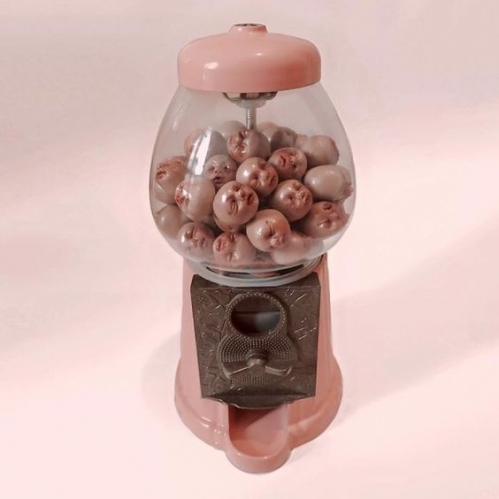 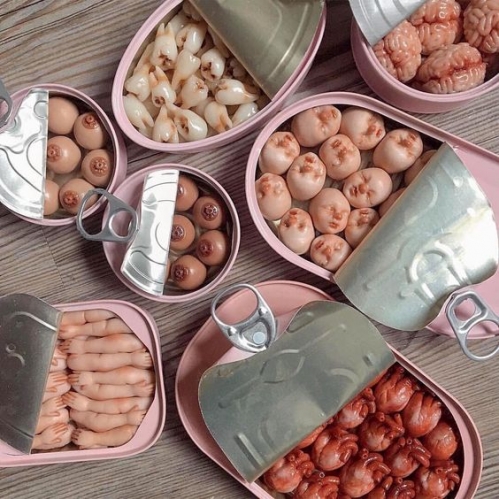