An idea about museums came across my mind when I was brainstorming for the weekly response. For most of the time, a museum is a place that stores and exhibits object that have historical value. Based on the few chances I have to explore a museum, it feels like a place that is stuck in between the past and the present. People come and go in a museum, try to learn something from the past and then move on, while the objects are always and will be frozen in the state when they are collected and will be exhibited until their term ends. It is something that strongly resonates with the idea of time. Therefore, I wanted to try to create an audiovisual that could semi-recreate the idea of a museum.

When researching and narrowing down the idea for this week's response, I found a documentation of a specific art installation called 'Antivegatativa'. It's an art installation that explores the passing of time and nature's physicality that is frozen and decayed in time. The artist collected items from various locations and dipped them into a Tiffany Blue paint, only revealing part of the item's true form. It looks like part of them is frozen in time and the other part continues to decay. The concept behind the art installation complemented my idea of museums. I was then inspired to look into the everyday object we're using and think about them from a different perspective. I grew up in an era where the phone evolves from a single key-pad cellphone that couldn't do much to a touch screen iPhone that allows the user to play games, surf the internet and call someone using wifi. It's interesting enough by just thinking and reminiscing about all the changes. So, I picked up the idea of 'the evolution of long-distance communication’.

After researching into 'The Evolution of the Telephone', I created a reference mood board just to store and arrange all the images in the correct order. Although I would like to create all the telephone models throughout history, it's too much of a workload. I eventually scale the project down to just create 6 of the phone models. I tried to choose the one with significant value. So, I picked the first phone that ever existed in history, the first rotary phone, the first mobile phone, the first flip cell phone, the first Blackberry, and the latest iPhone. I was only using images as my modelling reference. I didn't really look into the exact dimension of the phone model, so that part might be a bit off. But, since I wasn't going for a realistic look, they worked just fine for the final result.

Then, I created different lighting setups so they got dimmer and dimmer for each rendered image. I composited all the images in After Effects and produced my final work.

The video is my response of the week.

The first scene is like a sound wave when the phone call is initiated. Then, it shows the five phones I picked up from history with various greeting words. A phone vibration brings us back to the present. We could then see a touch screen phone with a new message popped up.

When I was trying to reconstruct the feeling of a museum by doing an audiovisual project about the evolution of long-distance communication, I was exploring the Rhetorics of Self and its relationship with solitary play in Play. 'The pleasure of playing lies in the fact that the game plays you; that your reactions are often more reflexive and involuntary than voluntary... It frees you from one self by binding you to another' (Sutton-Smith 2001). It is exactly what one feels when entering a museum. Although being the one that chooses to visit, the museum will engulf the visitor into its heavy historical or cultural related environment/ atmosphere. Even though the visitor might have been visiting the museum as a group, the immersive experience all comes down to the individuals. Thus, I created this piece of work in a super long dimension (5000px x 1000px) just so that one could feel being surrounded by the audiovisual project when watching it. It could also be mapped onto a circular room by projection just to enhance the immersive experience.

As for the exploration of 'Time', I tried to show the 'time passing' aspect of this theme by showing the different generations of phones and how they are being replaced by the newest edition in the society but still remained frozen in the time of history. It was fun to work with and to see how the phone really changes not only from its size, but also its functions and the universality. It also somehow reflects on the society as well and show how much we've grown.

Moreover, it is interesting to look at the amount of time people spend on the phone on a daily basis as its original intention behind the telephone invention was to shorten the amount of time for long-distance communication. As technology advances, people generally spend a shorter amount of time and effort into communicating with others but use more time to surf the internet. That's why I tried to play with the greeting words audio in the project as well. Although it did not seem to work out pretty well in the final result, there was an intention behind the sound. It was not just a random design. At the end of the project, I tried to show that people in the 21st century are sending more text than making phone calls. In addition to that, the word we used is getting more informal. However, it's all based more on my opinion. I did not spend much time research on the greetings people used but rather play it by my memory. That's something I have to reflect on. I wish that I had spent more time gathering the information so that the project could be developed in a more accurate way.

Overall, I think I explored the theme 'Play and Time' well. 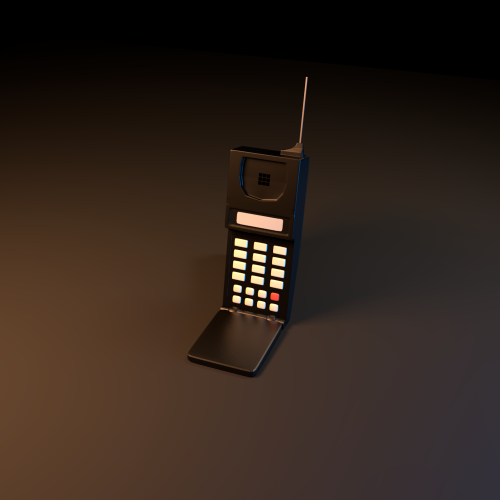 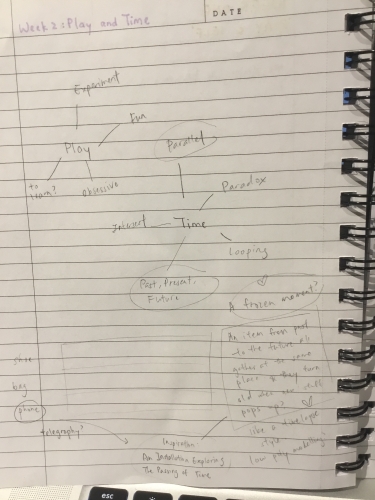