I knew that the webcam could detect colors with coding about computer vision technology. So I found a good tutorial about how to detect colors in Processing from Daniel Shiffman.

I did the beginning test: detect red color and show white circles where webcam found red colors. So I got some vertexes at where has red colors. Then I made lines between these vertexes so I got a pattern which was composed of circles and lines and could change as the red color dots' number and movement.

Learned the very powerful technology of color detecting. You do not need extra devices, just use the webcam on your computer. I used Kinect because I wanted to get a higher resolution and a better detection result, but the webcam on the computer is also able to do detect color. What surprised me most was that I achieved the unexpected result (the magic pattern above the hand) at the end. 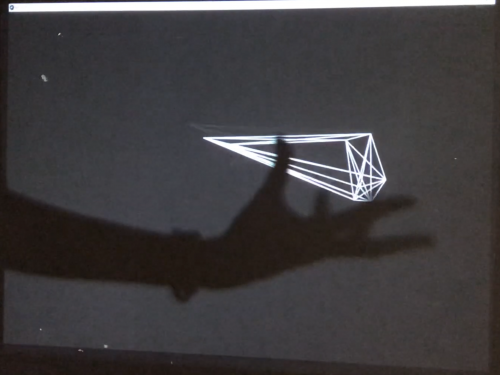 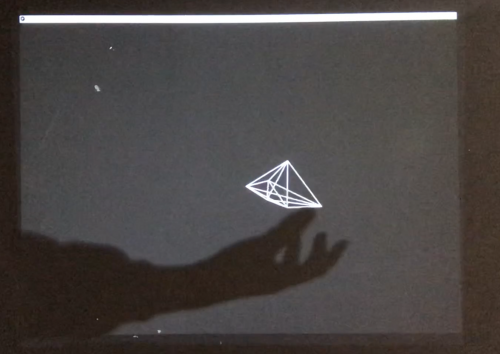 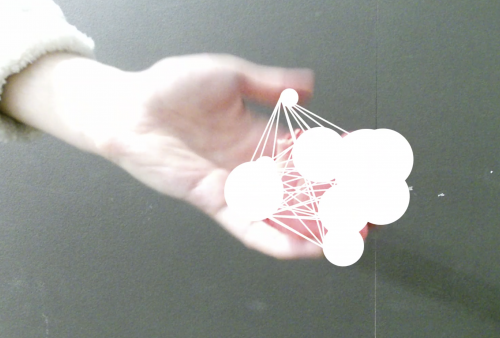 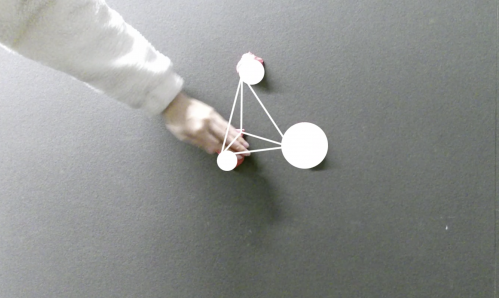 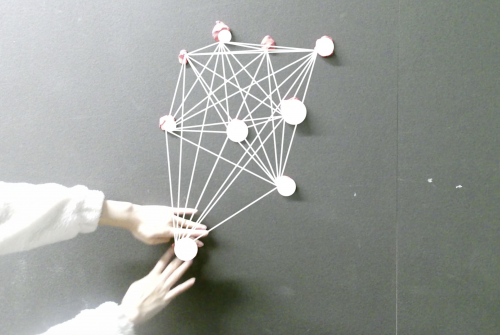