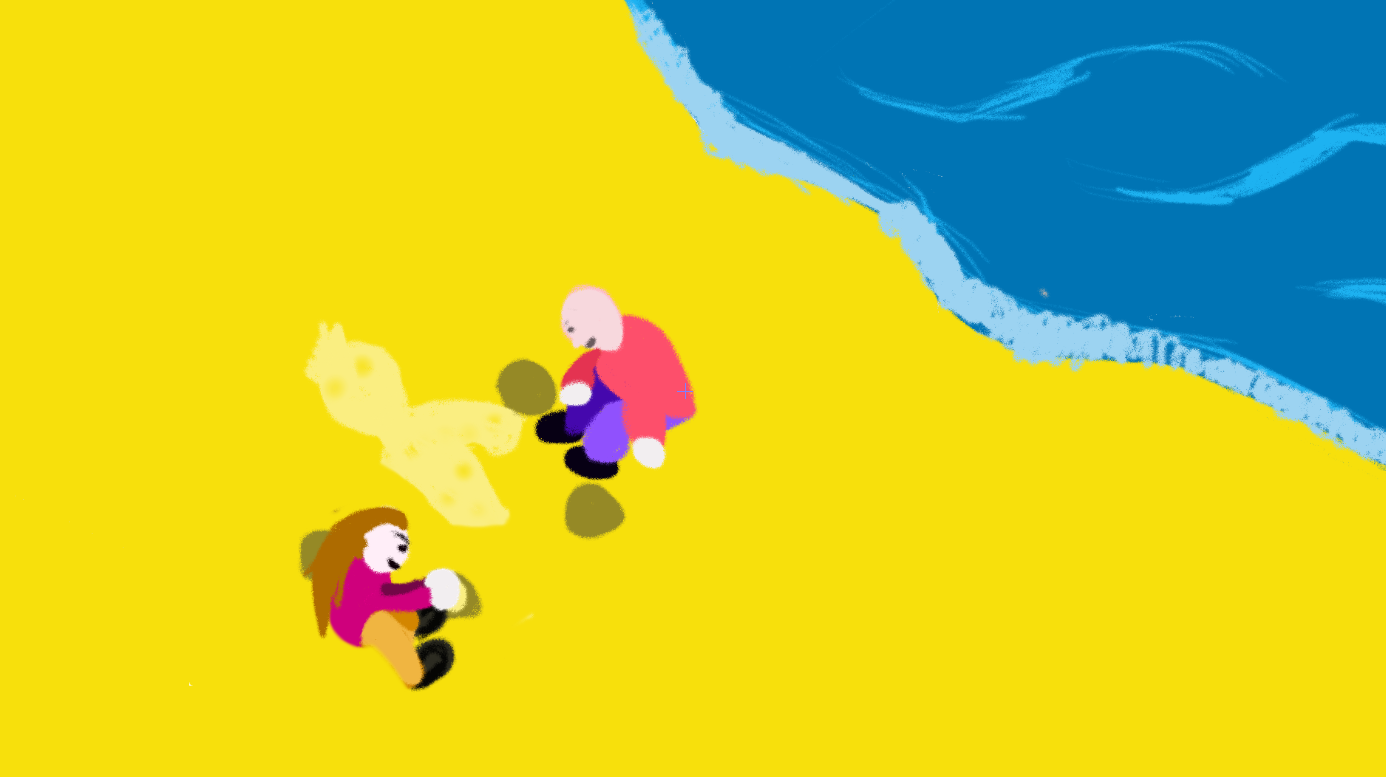 Context
I had a lot of Ideas this week, but I decided to go with this piece. It is of two children playing in the sand morphing the world to create a sand person. The idea for the sand person was from this image (https://www.google.com/search?q=sandshorturl). “The space of the city is utilized for play; the landmarks and streets become mere spaces on an existing game board,” said Flanagan (2008, p.4). In this case, the sand is the game board and the pieces. The sand of the beach is almost like real-life Minecraft just with the exception it is not boxy or a video game. I chose this location as it was one where play could be fostered, and the environment was open to fun activities. As design engineers, Kara and Bosia (2017) wrote about how to create designs that are meaningful but also measurable, they need to possess a certain level of comfort, in which "comfort is a physiological and psychological state expressing satisfaction with the environment" (p.156-157). Through this, I was reinforced that this location had promise and that I could use it to attempt to make something cool.

Method
I created this project in TVPaint 11. I recently just learned the program in the 'TVPaint workshop' taught by Uyen. It was a fun way to learn a new program, and I was so inspired by it that I decided to extend and advance the learning by creating a longer work for this class. This project had lots of frames, approximately 800. All the elements in the drawing are hand-drawn by me on my Wacom tablet. I do not digitally hand draw many things, so I had to undergo a lot of trial and error to get things to look right. Once I liked the animation, I screen-recorded two versions of it - one where the characters were visible, and one where the characters were invisible. I moved onto Hitfilm Express, a video editor that I enjoy using, and began to lay it all out. In that program, I managed to layer the videos and use opacity to make the characters disappear. Then I added a blue tint and played around with the effects to try to simulate night-time once the characters have left.

Response
After looking at the examples, I wanted to simulate play in an environment in an animation format. I considered a few ideas to try to use what I learned from past student work to create something new but share a similar ideology. The examples I remember seeing the most were of real-life events such as, find the bomb through a series of paper notes, I do not have access to an environment where I can do something fun like that with people, so after countless thought, I was led to, ‘if I can’t do something in real life why don’t I simulate it in an animation?’ That thought process led me to this project. It is of two children playing in the sand creating a sand character. Throughout the day they are pulling from the floor around them and using the environment to create a new one with their mark in it.

Reflection
This project was a fun experience, and I enjoyed my dabble within TVPaint. After this project, the trial will shortly end, and I will be unable to use it again for a while, so I am glad I made the most of it while I had it! The topic was a challenging one for me; however, especially in the ideation phase, I felt I learned a lot about morphing spaces around through creating this project. I am honestly happy with my growth and I really enjoy how the course is promoting my growth by allowing me to try new mediums and learn. I am also impressed with my drawings as they are not something, I am confident in. 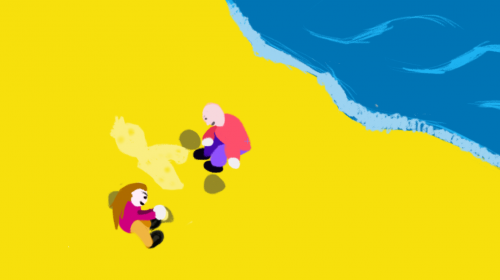