Give the theme of ‘time’, I thought about how I would like to have more of it. This led me down the path of the idea of controlling time, or rather letting the player let time pass whenever they choose.

This concept reminded me of idle clicker games like Cookie Clicker or A Girl Adrift where the progression of events represents the passage of time, and the player repeatedly clicking on the main object would get them more points, and once a certain amount of points are collected, the player can move on to the next stage in time.

However the quirk of idle games is having the clicks and thus progression happen automatically at varying levels and fostering a sense of accomplishment in the player for having done basically nothing, as described by this article.  I wanted the player to get the same feeling of achievement but by lessening the number of clicks, but not getting rid of the feature all together.

So, in order to respond to the theme, I made a little interactive exercise where the player could keep clicking on the flower and help it grow. I was inspired partly by Terrarium: Garden Idle that has a concept of using growing virtual plants as healing and relaxing. I also wanted this interactive piece to be motivational and also related to time.

I have been struggling with learning unity and even bolt as a means of visual scripting, and I wanted to show in a visual and interactive way that a person will grow over time, as long as they keep trying.

I began with illustrating the lotus flowers in different stages of blooming and imported them to Unity. I picked a lotus flower as the element to be grown

I was originally planning to make this all with Bolt, to get more used to it by playing around with it, but I couldn’t do everything I wanted to do with it so I reverted back to Fungus for most part, while using Bolt for only a few things. This worries me, because if I make what I want with Fungus, there’s not too much point in using bolt which really increases the file size and export time.

Even though the simple aesthetic of the game was as just as I intended, I wish I had added a smoother transition with the flower growing from one phase of being to another. I want to try doing a few more exercises to see the different ways I can animate within Unity.

Because I spent too much time trying to juggle Bolt and Fungus, I did not make the piece as polished as I would like with sound, cursor images and other elements. However, I did learn ways of using the two add-ons in conjunction with each other.

As I presented in this interactive piece, if I keep working on my skills, I’m sure I’ll grow over time too.

The rise of games you (mostly) don't play by Simon Parkin 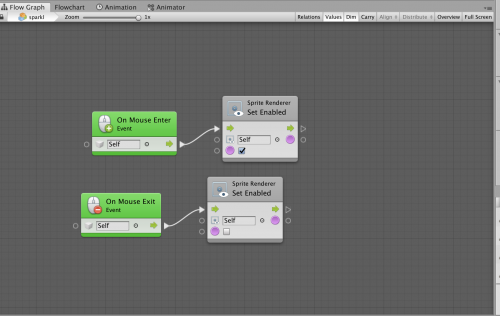 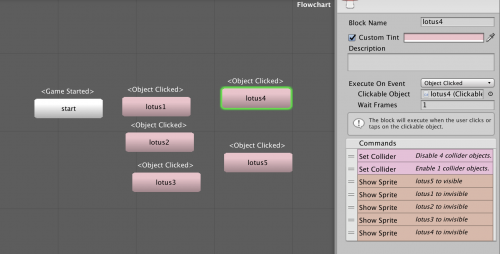