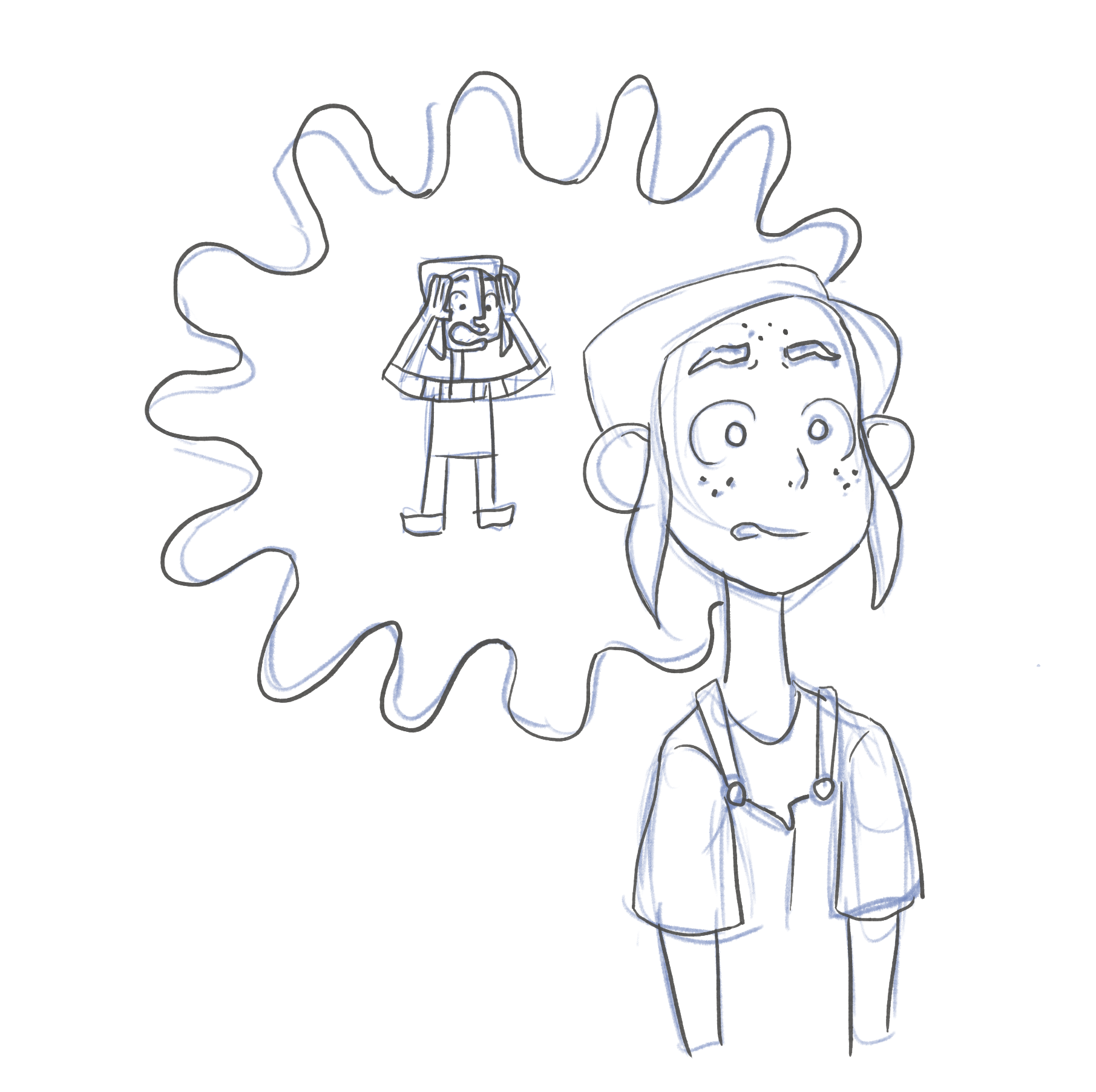 My response for week four of Animated Narratives 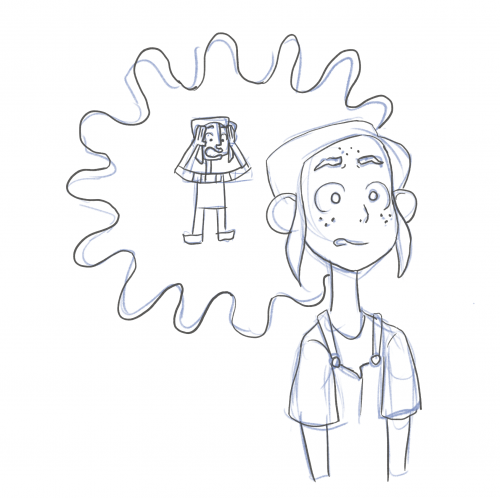 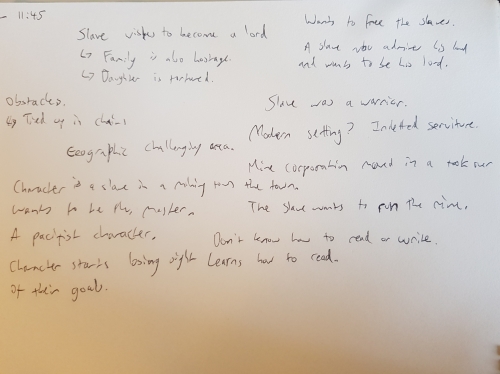 This week, in response to the prompt of ‘place a character into a relationship with a need,’ my group chose the premise: A slave wishes to become a lord.

It was an interesting premise to unfold, as when considering what obstacles may be in the way of this character achieving their goal, we had to overcome the issue of a slave’s limited agency. There were thoughts about having this character work subtly, making changes in the shadows or working under their master’s nose. It made me think of the movie The Shawshank Redemption (The Shawshank Redemption, 1994) and the protagonist Andy Dufresne who is a prisoner that slowly gains trust with the prison warden until he is in a position to take what he needs from the warden and escape the prison. Much like Andy Dufresne, our character’s original intentions were for the betterment of their fellow slaves, and their first few accomplishments lead to them providing some improvement to the life of this community. However, as the slave progresses on their path of gaining trust with the master their achievements become more selfish. Once they fulfil the goal of becoming a lord, they have fulfilled the goal of making life better, but only for themself.

For the development of my own story, I am creating a character who wants to prove their competency. This is a character that struggles throughout life by constantly misinterpreting directions or forgetting parts of an instruction. They feel hopeless, like they will never be able to find a spot for them within society. Then they chance upon a responsibility that they have a natural affinity to, and they are desperate to not screw up this opportunity.

Compounding this, the character has ADHD which manifests in a very fast and chaotic internal train of thought which can quickly spiral a minor concern into an extreme obsession. The character’s main obstacle is their own thoughts as they get lost ruminating on what someone said, or a small mistake they made.

The character must learn to control their thoughts, communicate their problems, and find methods to cope with their stresses.

Through animation I can visual this character’s internal monologue. The character would not verbally express their thoughts, instead their face would show a pained or worried expression as their eyes dart here and there to show them working through a thought. Meanwhile, behind them a thought bubble would show smaller caricatures of the character going through the thoughts process by talking over one another and bringing in exaggerations of the imagination to visualise how a concern is building into something worse.

The show Naruto (Naruto, 2002) uses this concept with one character. Sakura Haruno would have an ‘Inner Sakura’ who would appear beside her as a shadowy figure with the phrase Inner Sakura written on her forehead. This would be used during a point where Sakura’s external demeanour is masking her true internal thoughts or emotions.

At this stage I do not feel as though my story has a succinct synopsis for who the main character is, what their motivation is, and how they plan to achieve their goals. I have spent a lot of time focusing on developing the emotional aspects of the character’s internal struggles, and only have a vague idea of the fantasy world of magic and monster that they inhabit and of what words I would use to describe their place in that world. Whilst saying that a character wants to become a knight presents external challenges, setting a story where the protagonist’s main obstacle is themself leaves a lot of question about what external threats are impacting on them?