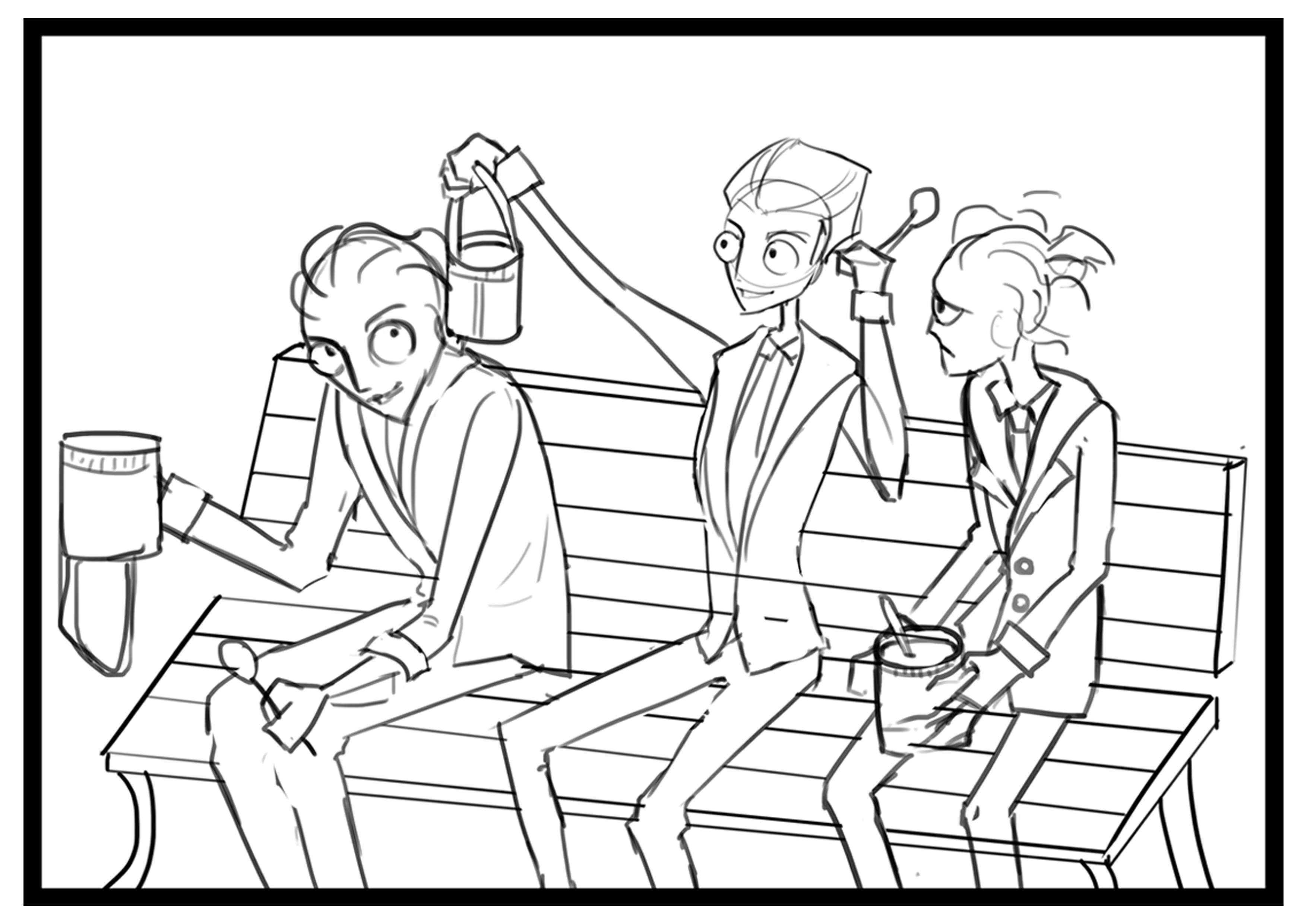 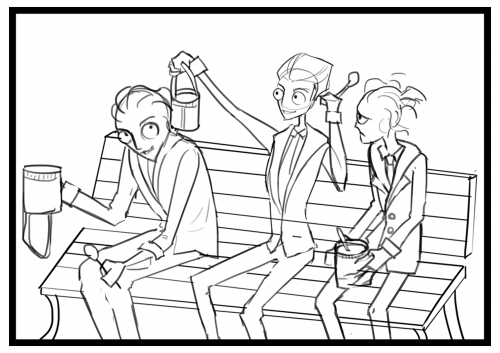 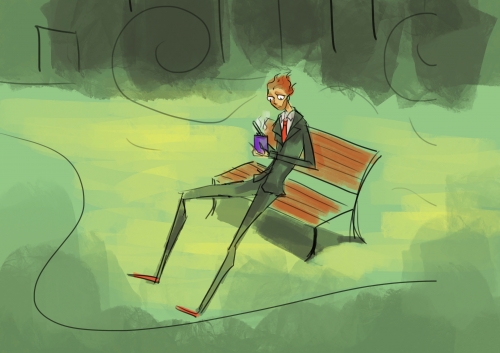 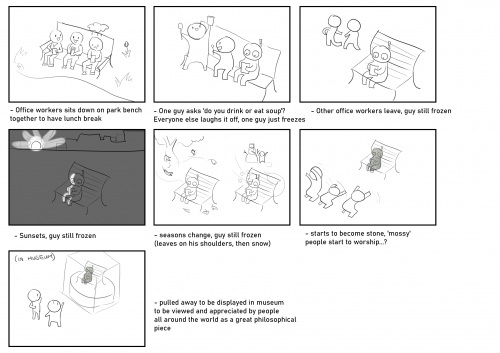 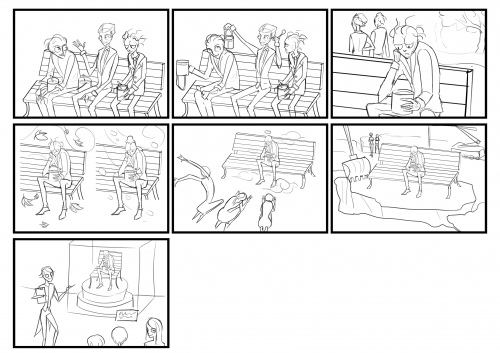 This week’s prompt involved visualizing characters behind ‘stolen pieces of dialogue’. My group chose the premise of ‘Do you drink soup or eat it?’. Since this appears to be a silly and light-hearted random piece of thought, my group ought to spice things up by making it a serious philosophical question. The kind that solves all life’s mysteries and explains all behaviour in the universe. To me, this thought evolved deeper. What if it started off as a silly thought, however other people can’t read minds. If the character looked serious whilst digesting the thought, others could interpret it in a serious way, and look to you as a great philosopher.

This formed the basis of my storyboarding. The main protagonist is a tired, stressed office worker who’s had it very rough. Once the character’s been hit with the question, he suddenly doesn’t have the capacity to process it anymore. He is frozen in place and as seasons change, he gradually turns into stone (from lack of movement..?). Bypassers look to him as a ‘great philosopher’, worships him and is eventually dug up to be displayed in a museum for people all around the world to admire. All this complication from just a random thought.

Through animation, ‘nature’ of the characters are introduced without narration. Such an example lies in the first frame of the story board, some characters appeared groomed, upright with happy expressions. Whilst the character on the right is seen slouching, with heavy eye bags, and ungroomed features. A sense of story is immediately generated when viewers become intrigued. They can also notice exact moments in which the character changes their behaviour to understand their personality. Whilst two characters shrugged the question off, one is clearly very troubled.

An attempt was made to study the animatic works of Tim Burton, in titles such as ‘Corpse Bride’ and ‘Frankenweenie’. His characters are simple yet characteristic. Intricate use of facial expressions and body language all weave together to bring seemingly impossible (skeletons) characters to life. Sharply exaggerated anatomy of the characters generates drama and fluidity in the movement of the characters.

Storyboarding occurred in several steps. An initial ‘mood’ sketch was completed after experimenting with styles of the character (see coloured). I played around freely with shapes, body language,style of the face and this Burton-esque elongated, ‘dead-looking’ character was formed. At this point, I was set on this Artstyle for this piece. Secondly, I drew very quick frames to plan the entire story board. Since Burton-esque illustrations do not come natural to me, I completed these in a different face, disregarding facial expressions and body language. I just wanted to quickly sketch down ideas, without worrying about art style and presentation. Finer sketches were produced in the third step. Since I already had an idea of what each frame had to look like, I could focus all my attention on illustrating ‘personality’ onto the characters, making some characters upright, whilst others remain hunched and gloomy etc.