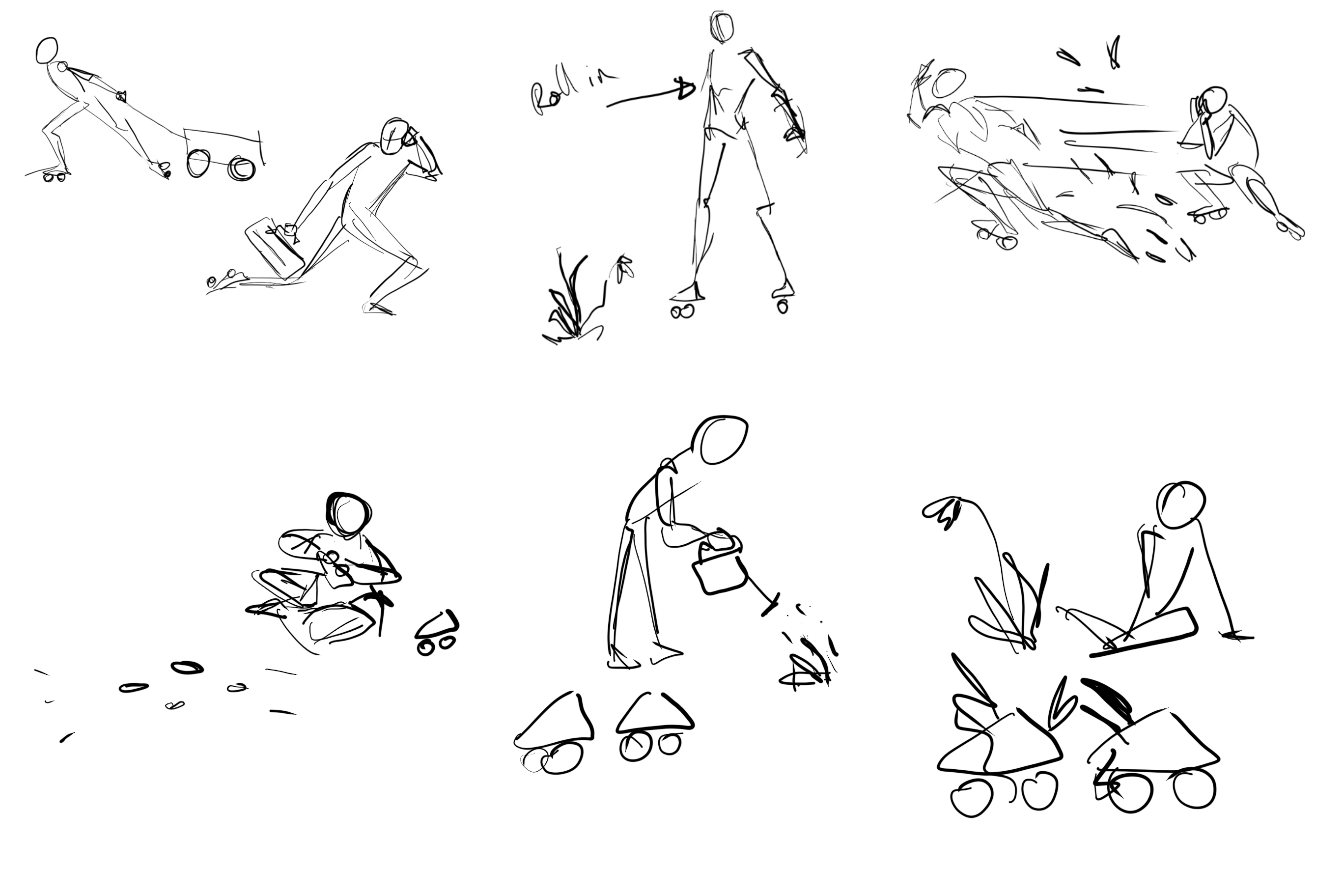 For iterative exercises in class, I wanted to explore a narrative premise based on movement. I've been really interested in rollerskating recently, so the premise I came up with was 'What if everything moved on wheels.'

From my mindmapping exercise and development, something that stood out to me was the idea of everything in the world moving so fast, whether its people, animals, objects, that nothing has a chance to grow like foliage or plants. From here, I really liked this metaphor for apprecaiting the natural world and having gratitude for slowing down, which really ties in to capitalistic ideas of constantly being busy and productive.

I also liked the idea that Kate suggested of there being inclines and angles that these wheels move faster or slower on, which can be another metaphor for social class, hierarchy and privilege.

I developed this premise into some thumbnails, which I can use and develop further into a storyboard. 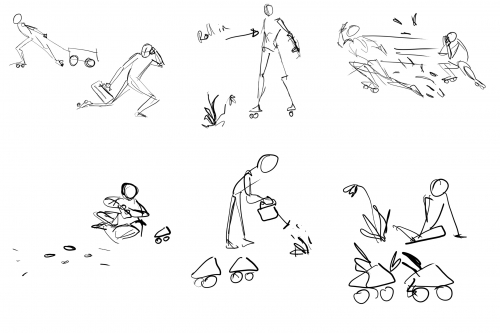 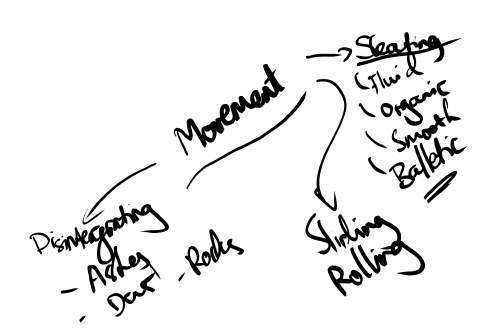 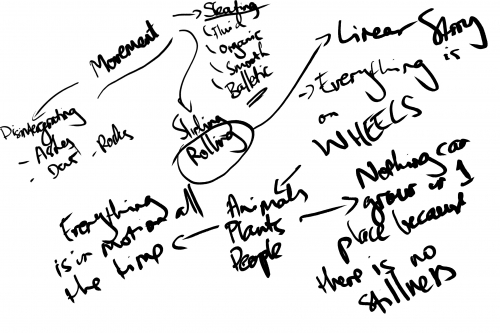 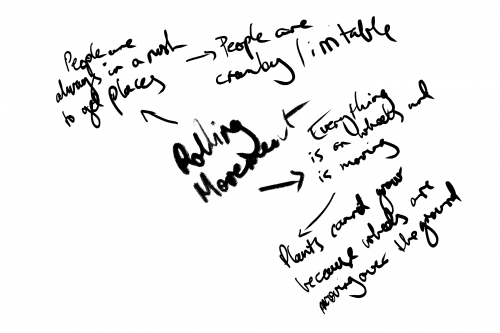