I've completed finalising the timing of the animation in week 9. However, the timing of the character movement will definitely be adjusted a little bit when I refine them. The shots of the doe-eyes and the beginning of the questioning are something that I'm considering changing up a little bit so that they could connect the narrative better.

I've also finished refining the blinking shot. I might change the eye-lid shape a little bit but it's nothing major. I hope to receive more feedback on the character movement so that I can bring more life to the character. I've also added in the sea and white waves into the scene. The images are examples of how they will look like in the animation. The sand loss shot is actually composited using two different images as the 'sand loss' object is underneath the sea in the Blender scene. Hence, I rendered them separately and composited them together in Photoshop to check the look of it.

I've also completed a meeting with the sound designer. He is currently working on my project. We plan to have at least one meeting per week to talk about the progress. Hopefully, everything will work out well together at the end!

I will be focusing on refining shots in week 10. I will also start rendering the shots out so that I could start putting them together. 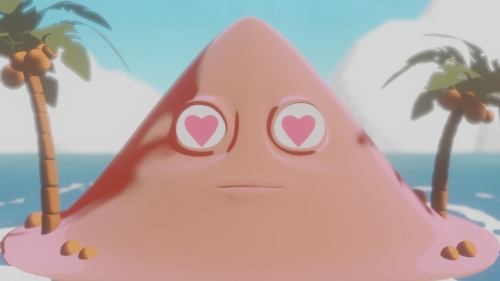 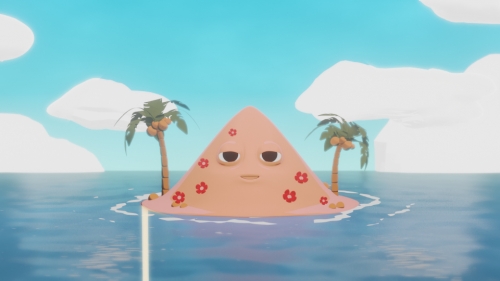