This week I worked on changing the say and menu dialog boxes into mostly custom ones for every clickable. I did this because it gave a more personal familiar effect rather than having the same size box in the same location regardless of where the object was on the screen.

I illustrated and added in most of the elements for the cut scenes, but I really need to work on the endings... I wanted to make multiple sprites for the endings, but in terms of time management, I need to cut it down to a single frame with parallaxes elements that tell a story the same as the cut scenes.

I also started working on the settings and about screen although I didn’t make too much progress. I’m not sure what else I should put in setting other than volume control, to be honest.

I also considered adding a little warning upfront since the game is a bit creepy.

I can see the ending like the light at the end of the tunnel, but there’s just so many small things (and big! things!) I need to think about and implement... Like the SFX for the branch rustling and falling, hiding the cutscene objects using the parallax effect.. (Maybe I could hide one object inside a cutscene?) 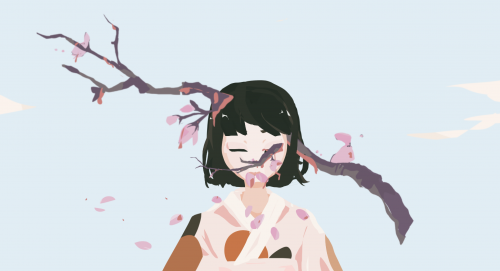