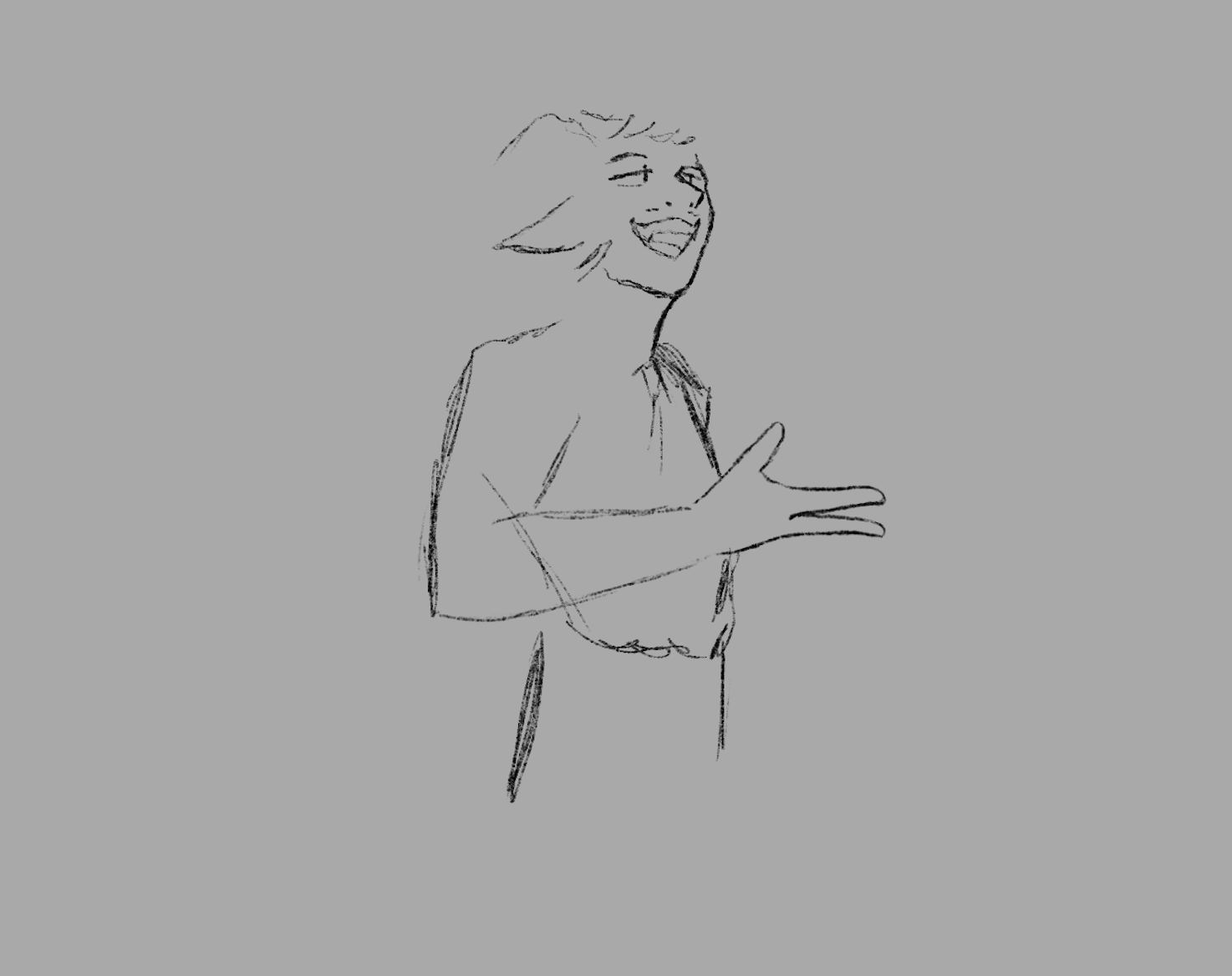 To begin the initial few days of the folio exploration, I decided to mainly use this time as a sort of warm up. It had been quite some time since I’ve done some proper animation in TV paint, and my first time animating in procreate at all. I started by trying to make a lip sync test within procreate, and then created a little animation test in TV Paint, using textured brushes.

Being able to properly sync your animation work alongside recorded lines is something that almost every professional animator needs to do. Whether it be in the field of television, film, or video games, while the capacity at which the audio syncs to the animation, it’s important to know the bare basics with lip movements translating to audio.

Textured brushes are a lot more particular in their use. American animated works in particular mainly use hard lines, while a lot of international films, are more likely to use rougher textures. One such studio would be the works created by Cartoon Saloon, whi have created works like Song of the Sea, and upcoming Wolfwalkers. They use a rough animation style with their work, mainly using rough textures, that helps create an interesting and unique flair to their films.

My main goal with this folio exploration, was to explore different avenues of animation that I’ve been unable to so far try myself. While I have created some lip sync tests before, they were in the form of stop motion, and so I’ve never tried doing so digitally. While I didn’t complete the animation itself, simply creating the keyframes within the animation was enough to dabble in the field again, and get me used to the different techniques used. I feel like my experiment with textured brushes was a lot more successful, as I’ve always animated with precise round brushes. I really enjoy how the textured brushes came out with even just the limited movement.

I spent a good week on both animations, as at first I tried to record my friends and use their audio as a means to animate to, but the audio files crashed and so instead I used audio from a podcast. Given how it wasn’t going well by the end of that first week, I moved to the textured brush work instead. I had a lot more success, taking inspiration from an artist I admire on Twitter, animating their little characters. Though the movement is short, each stroke was new, with about 25-50 per character. 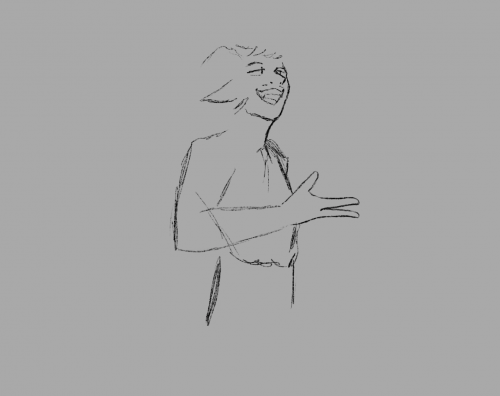