I am reposting this work to refine and improve the response and the annotation.

What Have I done this week?

In this project, I have created a cart that moves through the supermarket and keeps attracting food towards itself.

Why I have done it this week?

I have worked on this concept this week, because I felt that magnetic force is also one of the most powerful and playful forces. I began by researching about forces and also thinking what attracts me the most. I came to a conclusion that food shopping is what I love the most and I feel attracted towards food, so I created this supermarket and a cart with magnetic forces to collect all that I like.

For inspiration on this project I researched online and got ideas and motivation. There are multiple games which I read about and got inspiration from for this project as they have used similar coin pickup and magnet systems to attract various objects to the player. Some of them are:

Prior to the creation of this project, I researched to find inspiration and look at other projects.  When I finalised the idea, I created the models in Maya first. I textured the models by finding packaging labels online and with the help of UV mapping in Maya and adjusting the textures in Photoshop. When the models were complete, I exported them from Maya and imported them into unity. Further in Unity after fixing positions, lights and directions, I worked on the scripts required for the magnet pickup player, which is the cart in this case. I also worked on the objects to treat them like a magnet. I selected some objects from the shelves and applied the magnet script on them and left the others with no script. I also added a cart and added movement script to the cart along with magnet attractor script. The magnet attractor script works along with the magnet script in order to attract the objects that has magnet on it. So, as the cart moves through the supermarket, it keeps collecting food and putting it in the cart just as I do.

I was able to move the cart with the help of the movement script and W, A, S, D keys or arrow keys around the supermarket that I created and attract the objects with the help of magnet script. Furthermore, I played the game and recorded the gameplay and edited that using Adobe Premiere pro and Adobe after Effects.

Work in progress for this project has been documented in a PDF called “Documentation of Work” attached to this post.

As I created this project and researched, I realised that I can relate this project to the Recreation or Relaxation theory of Play from one of the four theories of play proposed by German poet, Moritz Lazarus in the year 1883, which suggests that play is a way to recuperate from the fatigue caused by work. I was able to relate this work to the theory as it does not involve a lot of gameplay and is only for recreational purposes. This theory suggests that play can be a way to relax and not do anything which causes tiredness and rather just provide satisfaction and calm to the person.

As per Parten’s classification of play in the year 1932, this work is a form of unoccupied play, out of the six forms of play described by him. Unoccupied play is a type of play where the person is not exactly playing but is just satisfied by looking at the game. This form of play is considered essential to relieve stress.

Studying about Play as an adaptive behaviour, as described by Seashore in the year 1913, enlightened me that the purpose of play was the pleasure gained in self-expression. This project, too was an expression of myself. By engaging in these practices, I was able to create a supermarket and a cart which uses magnetic forces to pick up stuff from the shelves. By doing so, I was able to portray the weekly topic of “Play and Forces” by using magnetic force to attract objects. I feel this project is an idea of play because magnetic force is a popular form of force used in playing games, whether they are video games or real life games.

By studying about play theories, I was able to enlighten myself about various forms of play that are known and recognise which form of play my work exists in. I was also able to attain knowledge through my research and derive inspiration from that. I also got to know about the play theories that have been developed, the models, frameworks and approaches of play that exist in the world and also situate my practice within those theories.

This project helped me learn technically as well as conceptually. It helped me learn technically as I learnt and explored more about Unity. I learnt to create these three scripts that I have used in this game and I did not know how to create these earlier. It enabled me to play and experiment with the combination of various scripts. This weekly topic has provided me with a platform to tinker and experiment about play. It also helped me develop conceptually as I researched and thought about possible approaches to create this topic. It gave me a platform to play and experiment and combine various thoughts and projects to create an output.

This project has also provided me with a base for future directions. I can work on this in the future and create a more detailed magnet experience for the user. I can play with many other places other than supermarket and many other objects other than food with this system. I can even use a combination of multiple objects and create another game. 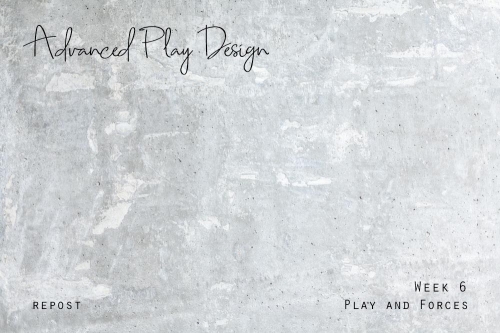