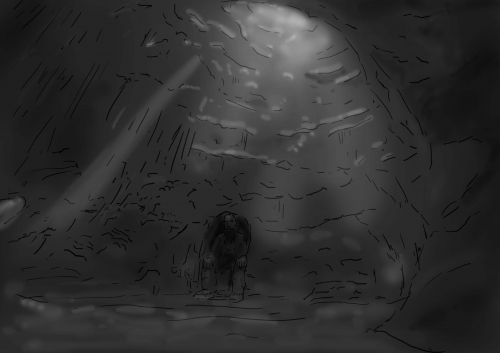 In response to the theme of Founnd Object this week, I drew the picture "Buddha in the Cave" in Photoshop.

Through this picture, I tried to explore whether the spatial structure can tell the story through the imagination of the audience. What I wanted to express was that the temple that was originally prosperous in the cave gradually withered in thousands of years. The temple was submerged by underground water, leaving only the broken Buddha statue hidden in the dark cave.

Artist Fan He (Jan) has also created similar works of art, and his scene design and concept design have been used in film and video game projects in many places.