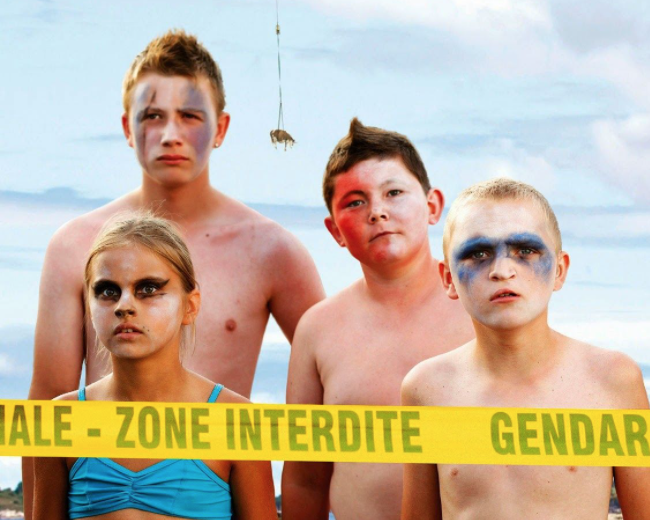 This film (and the 1993 book it is based on) sprang to mind as I was developing my Folio 2 project, so I decided to go back and watch it. My game is partly about international relations playing out at the personal level, and it’s set in Australia. Major films recently seem to avoid this sort of casual, almost frivolous depiction of politics but I actually think there is a lot of narrative intrigue to explore here. In the film seven Australian teenagers go on a weekend trip a few hours away from the country town where they live. They return to find the town has been invaded by an unnamed foreign enemy, who have locked up the townspeople and seem to be preparing a total takeover of Australia. Naturally, the teenagers have no idea what to do and have very limited resources to take on an entire army, so for a long time, this isn’t really an action movie, really more of a high school drama-comedy with a bizarre setting. The writer has created a fascinating context for an otherwise fairly simple story, and this is something I find really interesting, and something I can bring to my own practice. Right now I can only make fairly simple world-explorer games, so making the worlds intriguing playgrounds is crucial, rather than me trying to master action controls or create dozens of chapters and levels, a fairly unrealistic goal at this point. Having said that, the film actually does have some pretty good action sequences and is generally shot and acted very well. There aren’t many Australian teen movies that are this good.

Skyrim is another project that came to mind when playing through my folio project. In this massive role-playing gam, you find yourself in a massive country in the midst of a civil war, and though you can’t remember your past, others realize that you are a Dragonborn, one who can tame and kill dragons, and therefore you are a person of great intrigue. Despite there being a fairly clear quest which you can follow, I really just love doing my own thing in this game. It is so fun and easy to run around exploring cities and mountains, meeting people, going on short quests, joining the various guilds. You can really play at your own pace, and because there is just so much detail put into this world, it really feels like you’re entering another world where you are free to just exist as you wish. I definitely want my game to have this kind of element, where the player can do what they’re asked, but they don’t necessarily need to.

There is something deeply refreshing about this film/ miniseries written and directed by Bruno Dumont. Dumont’s early films tended to be quite dark; they dealt with heavy themes such as religion and class, and he made his name at this time as one of France’s most important living filmmakers. P’tit Quinquin is, on the surface at least, a comedy, set in a small country town where people have started disappearing. An eccentric detective leads us around, meeting the various weirdos who inhabit the town, particular a gang of pre-pubescent boys who are constantly getting into trouble. The audience gets sort of hypnotized by the light comedy that is depicted and it is at this time that Dumont starts to bring up some of the more intense thematic material that he is so drawn to. For example, very suddenly, race becomes a major issue, particularly the treatment of Arab people in France. This sort of comes up from nowhere and disappears again just as quickly, but also never feels out of place. This is a strange and masterfully made journey. I am realising that this is something I am striving for as well- I want my game to be fun and silly, but to explore dark themes. For example, the setting for the game is a US military base attempting to burn down a local Tasmanian town so that they can take over the land, but you only have glimpses of this playing out, rather the player just bounces around (literally, by pressing space bar) and meets a few funny people.