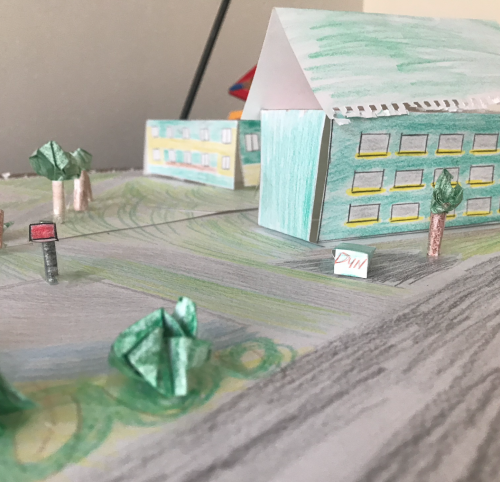 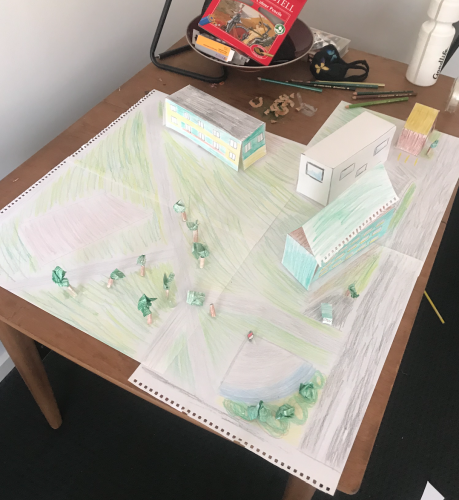 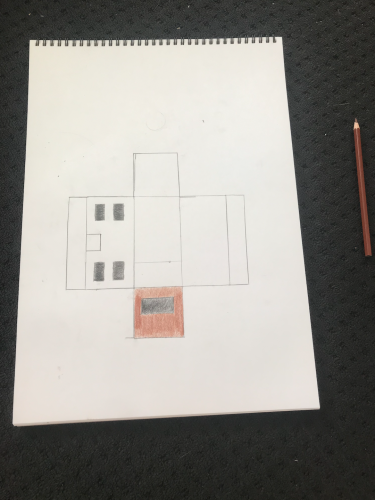 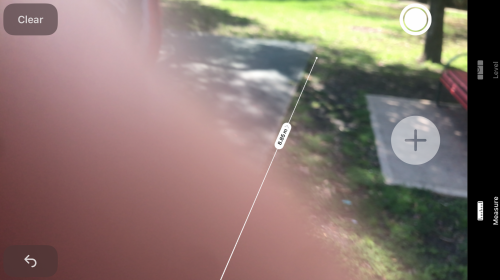 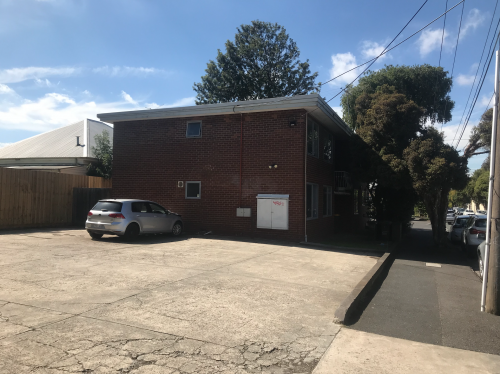 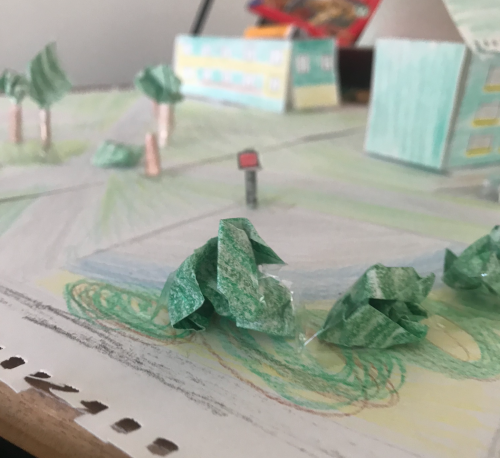 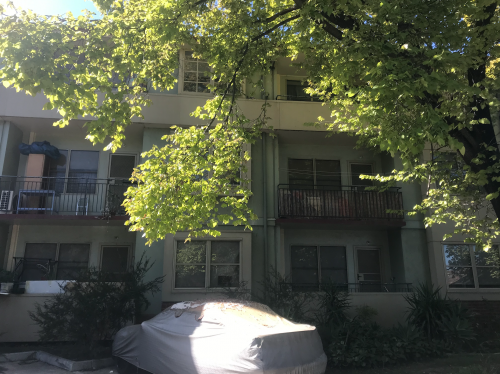 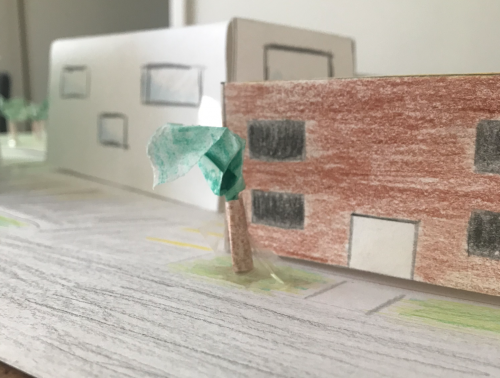 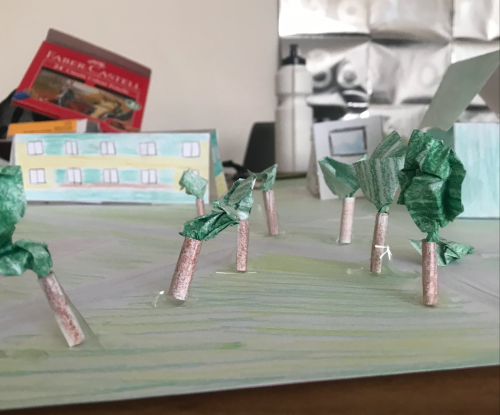 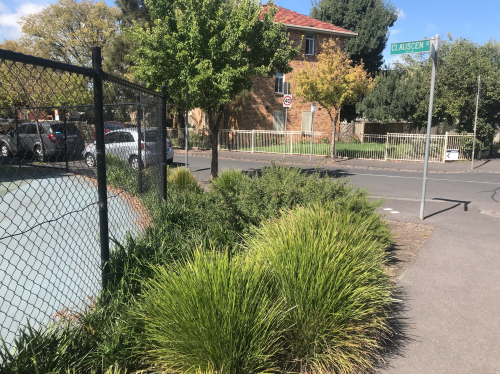 I was really glad when the theme this week turned out to be Play and Place. I feel a new power as I have now figured out how to get my games working on iPhone, and I’ve been excitedly thinking about making a game set in Melbourne, and I’ve long felt that I needed to improve my ability to build environments, especially ones that are based on real-world locations.

As I’ve been doing in most APD classes, I didn’t think too much about the project I wanted to make for this one; I knew I wanted to make a 3D model of my street, not because the street is interesting but just because it’s a space I am in every day, and I want to study it and then recreate it in order to improve my world-building ability.

3D modelling was one of the first building blocks that helped me along towards making games and I sort of feel as though I skipped over this step once I figured out the basics and never really looked back. This has resulted in me making some fairly uninteresting buildings and objects for my projects and I’m finally sick of how that looks.

But I also keep coming back to the idea that APD class is about using technology that I’m not used to at all. And to be honest I’m also becoming frustrated by the intangible and ugly nature of digital work in general. Though I’m surrounded by artists who work in physical mediums (my partner, my friends, my former employer) I myself have been a digital artist for donkey’s years.

So then I thought: Why not make…

… a scale model of my street made with paper, tape, and coloured pencils.

My partner, who is a very non-digital artist, responded really well to this work and I could see that she could relate to it much easier than to my digital projects.

I love that the final model is now just sitting on my table and I am able to study over it at different times of day, from different angles, and start to understand my street from angles which would be impossible to without a drone camera.

I love that I have made a sculpture for my small home that can be displayed without a computer.

I love the fact that this project only very vaguely looks anything like my actual street, but if you are told that that's what it "is", then your brain makes a satisfying leap and you start to understand it.

I also really love the aesthetic of each of the “assets”. Rather than the simple and ugly blocks I am used to building in Unity or Blender, the buildings on my street are fragile, loosely assembled, colourful and fun. The final video has a sort of 2D+3D sense (I couldn’t help but think of Paper Mario.)

The project also made me think of an idea I’ve been discussing a lot recently which has to do with the human brain not being properly equipped for digital. In The Soul at Work, author Frank Berardi discusses the idea that we struggle to find proper satisfaction in the modern world. My interpretation of that has extended to me believing that creating works that are purely digital is perhaps not satisfying to the animal within me who has more primitive urges. The fact that I can touch, smell and feel this project is provoking new and interesting feelings in me that I’m only beginning to explore, and so is the fact that it will crumple, blow away and deteriorate over time. It is making my digital work feel sanitised and clinical.

As could have been expected there were many similarities between making this work though and making work digitally. I followed a similar protocol: I drew an overall map (to scale), then, studying the real world, I made assets for each of the objects I needed, and then  put them in their correct places. When it was all in place I took photos and a video of it all and uploaded them, something I do for every APD class.

Also to be expected, I find myself most satisfied with the more detailed elements of the work. Perfectly placing the connecting paths in the park, and recreating some graffiti and making the basketball hoop give the project character and flair.

Also similar to other APD classes, this project took much longer than I expected and I wish I had more time to add to it. I live right on the tram line and it would have been great to add more cars, a tram and more detail.